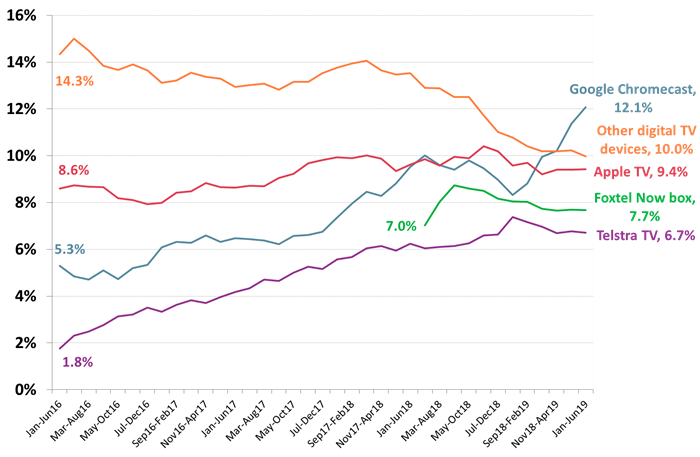 "According to Roy Morgan, the proportion of Australians who own digital television services has shown significant growth across all brands in the past three years. Google Chromecast experienced the largest percentage increase over the period."