AUSTIN, TX — While in recent years OLED TV has seen its share of the premium TV market deteriorate, OLED TVs and the brands that sell them regained much of that lost ground in the fourth quarter of 2020, according to the new DSCC Quarterly Advanced TV Shipment and Forecast Report, now available to subscribers. This report covers the worldwide premium TV market, including the most advanced TV technologies: WOLED, QD Display, QDEF, Dual Cell LCD and MiniLED with 4K and 8K resolution. 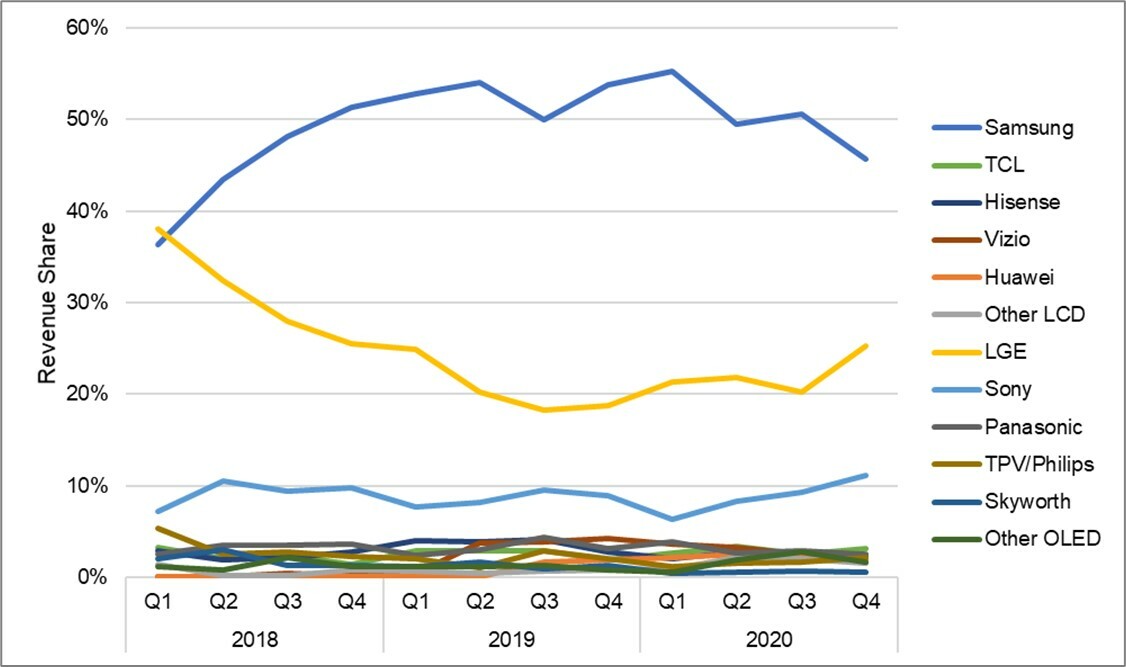 Advanced TV shipments in Q4 2020 jumped by 32% Q/Q and by 29% Y/Y to 4.9M units, as shown in the next chart here. While in general, the trend in TVs is toward larger sizes, in 2020, the smaller screen sizes of Advanced TVs recorded the biggest gains, as Advanced TV technologies in both LCD and OLED are offered at smaller screen sizes to reach lower price points. Advanced LCD TVs smaller than 49” saw a 99% Y/Y increase in Q4 2020, while in OLED the first shipments of 48” have been recorded in 2020. In the largest screen sizes, OLED gained at LCD’s expense, as shipments for 77”+ OLED TVs increased 395% Y/Y while shipments of >75” LCD TVs declined by 2% Y/Y. 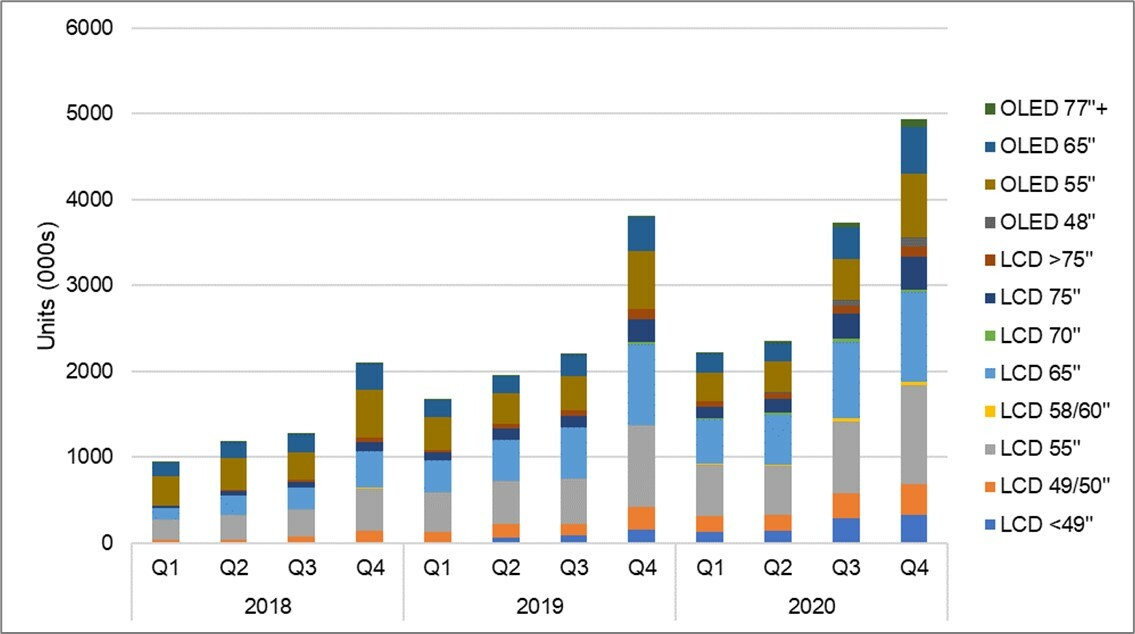 “As the pandemic kept people locked up, consumers around the world upgraded their homes with Advanced TVs in 2020,” said Bob O’Brien, Co-Founder and Principal Analyst at DSCC. “An increasing share of those consumers chose OLED TVs in Q4 2020. The introduction of 48” OLED TV in 2020 helped broaden the choices available to consumers, and this puts OLED TV makers in a great position for continued growth in 2021.”