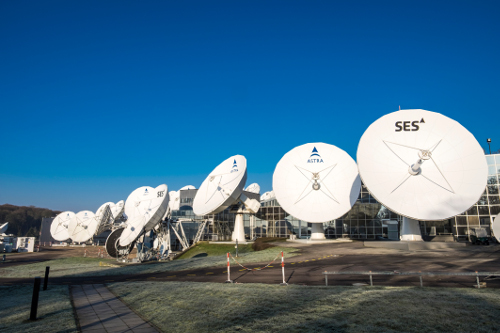 Sky Deutschland will show one game per each Bundesliga match day on Sky Sport Bundesliga UHD and selected games from the UEFA Champions League on Sky Sport UHD – all in stunningly sharp video resolution that is four times higher than HD.

“Sky customers will be the first ones to enjoy the best football matches in Germany and Austria live in Ultra HD. They will get the best programming in the best quality, ahead of everyone else. We are trusting our long-term partner SES to ensure the reliable and uninterrupted broadcasting of our exclusive Ultra HD content, opening new doors to the future of TV,” said Stefan Kunz, Vice President Broadcast Services at Sky Deutschland.

“SES is excited to be supporting our long-term customer, Sky Deutschland, in launching their first two Ultra HD channels. Just as our satellite capacity enabled Sky Deutschland to launch their first HD channels back in 2005, SES will provide the same, if not better, quality of capacity and services to ensure the seamless broadcasting of Sky Sport Bundesliga UHD and Sky Sport UHD,” said Norbert Hölzle, Senior Vice President, Commercial, Europe at SES.