ISTANBUL & LONDON — TIAK A.Ş., the joint industry committee for TV ratings in Turkey have awarded Kantar Media the contract to continue delivering the official TV trading currency until at least 2020, with the option to extend until 2022.

The existing service, awarded to Kantar Media in 2009 and reporting since 2012 will be expanded to report TV viewed on tablets, PC’s and smartphones for up to +7 days. 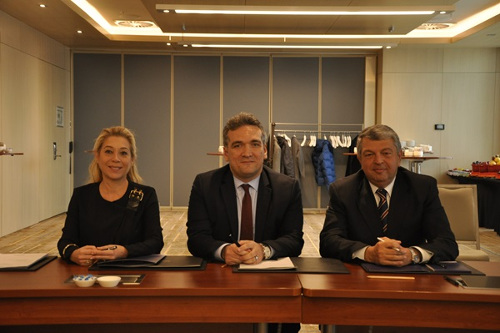 “We are delighted to continue delivering the official TV currency in Turkey and excited that the service is going to be expanded.” commented Mesut Sakal, Managing Director of Kantar Media Turkey. “As the world leader in total TV audience measurement, TIAK A.Ş. and its members will continue to benefit from our deep experience across the world as we deliver a holistic picture of TV consumption in this exciting market.”

Kantar Media is proud to deliver the TV audience measurement service in Turkey as well as the National Readership and TGI surveys. This latest announcement follows renewals and new TV audience measurement contracts secured in Norway, Denmark, Netherlands and Thailand. The expanded service is planned to begin reporting in September 2017 and comprise of two panels, with an element of single source between both.

The combined service, leveraging Kantar Media’s data science and research algorithms will ensure everyone in the TV and advertising ecosystem can adopt a universally-understood and trusted metric.

TIAK A.Ş. is the official joint industry body for TV ratings in Turkey. Its members include the Advertisers’ Association (Reklam Verenler Derneği), the Association of Advertising Agencies (Reklamcılar Derneği) and all major media groups.

“The growth of device ownership and that of opportunities to view TV & Video content has grown at an unprecedented rate in our country.” remarked Ibrahim Eren, Chairman of TIAK A.Ş. “Equipped with the needs of media and brand owners to expand the scope of TV broadcast measurement, following an open and rigorous tender process, we are delighted to announce that Kantar Media has been awarded as our supplier of choice. Advertising models may change, precedences of the mediums may change, content delivery and consumption may develop but fundamentally TV as the proven medium will remain firm.”