YouTube has announced YouTube TV. It’s live TV designed for the YouTube generation—those who want to watch what they want, when they want, how they want, without commitments. 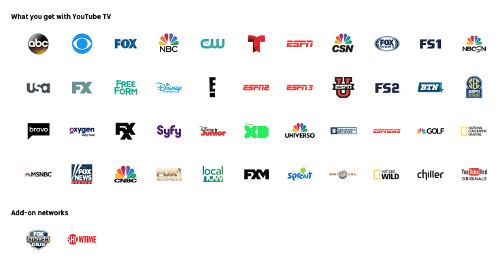 YouTube TV will be available soon in the largest U.S. markets and will quickly expand to cover more cities across the country.