TV broadcasters Sky, ITV and Channel 4 have today announced they are working together to launch CFlight, the industry’s first unified advertising metric that captures live, on-demand and time-shifted commercial impressions across all mainstream viewing platforms in the UK. 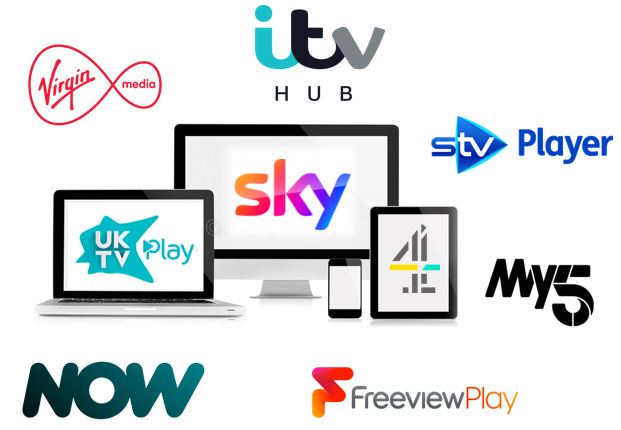 CFlight was initially developed by Comcast-owned NBCUniversal in the US in 2018 and continues to underpin ongoing currency measurement across NBCUniversal’s One Platform. Sky (also Comcast-owned) then adapted the CFlight standards and methodology for the UK media marketplace to reflect its own portfolio, before working in conjunction with Channel 4 and ITV on a pan-broadcaster version.

Research consultancy RSMB has been commissioned to design the calculation methodology, and media software specialists TechEdge will collate and process the data and make it available for online report requests. Both companies are highly respected in the audience measurement world, having longstanding involvement within BARB and the UK television industry.

CFlight in the UK is founded upon BARB’s linear TV impacts derived from its ‘gold standard’ viewing panel, and BVOD impressions from broadcaster ad servers. The data methodology and process will be audited by ABC, the industry body for media measurement auditing, to give media buyers the reassurance of independent and expert scrutiny of CFlight, and to give CFlight the benefit of ongoing advice and robust quality control. The close involvement of RSMB, TechEdge, ABC and BARB itself has allowed CFlight to benefit from BARB’s globally-recognised high standards.

The development and coordination of CFlight has been project managed by independent consultant Andrew McIntosh through Thinkbox, the marketing body for commercial TV in the UK in which Channel 4, ITV and Sky are all shareholders. At launch the broadcasters covered by CFlight will include ITV, Channel 4, Sky, UKTV, STV, Channel 5, Discovery, Viacom and the majority of Sky-sold channels**.

The first phase of CFlight will combine linear TV advertising impacts, as measured by BARB, with census level BVOD delivered impressions provided by each sales house. This will give total reach and frequency exposure counts at a broad audience level (Adults). Regular upgrades are planned in 2022 and beyond to add key demographic audiences as well as greater flexibility and functionality.

CFlight will be made available at no cost to agencies that run BVOD advertising campaigns, via a dedicated site hosted by TechEdge. Features include:

Tim Pearson, MD of Sky Media UK, Veriça Djurdjevic, Channel 4’s Chief Revenue Officer, and Kelly Williams, Managing Director, Commercial, ITV, have issued a joint statement, saying: “CFlight’s launch will be a pivotal moment for the TV ad industry, proving the power of TV advertising across linear and broadcaster VOD for the first time. The result of major collaboration, it will provide a pioneering, simple and much-needed new unified metric to demonstrate the significant, growing value of BVOD, and we’re excited for its continued evolution.”

Launched in 2018, CFlight was developed by NBCUniversal to address the shift in media consumption and account for viewing habits across all screens and all platforms. Because established US metrics were unable to accurately capture impressions holistically, NBCUniversal was the industry leader in setting out to create the next generation of measurement—one that meets consumers where they are and accurately reflects the way they consume and engage with content. Comcast-owned Sky Media adapted the model to reflect the UK media marketplace and invited ITV and Channel 4 to join forces in a three-way UK broadcaster collaboration. While CFlight’s offering is localised for each territory, the principles and core tenets of the methodology remain consistent ensuring a global framework exists.

Kelly Abcarian, EVP, Measurement & Impact, NBCUniversal Advertising & Partnerships, said: “When NBCUniversal first launched CFlight, the goal was to rethink our measurement techniques to reflect the future of premium video consumption and highlight the value of this content to marketers. Now, we’re thrilled to welcome our partners at Sky Media, along with ITV and Channel 4, as they bring CFlight to the UK marketplace.”

UK media buyers currently receive reports of their bought BVOD ad impressions from each broadcaster sales house, without showing the incremental effects of being used with linear TV campaigns. CFlight will unite linear TV and BVOD metrics to give an overview of campaign effects. BARB’s Project Dovetail provides a wealth of complementary data about BVOD viewing, but not to the level of advertising campaign exposure.

Currently media agencies and some advertisers use BARB’s Advanced Campaign Hub, launched in 2020, to predict the likely coverage of their total TV plans. CFlight brings a new dimension to planners and buyers by providing a post-campaign analysis of the actual total TV coverage and frequency achieved. CFlight uses census-level impression data to report on BVOD campaign delivery, and calculate the incremental reach that BVOD delivers on top of linear TV.

These two developments are based on different methodologies, but their underlying sources and similarities will make them highly complementary. Together they mark a significant step forward in the development of sophisticated measurement solutions that enable advertisers and agencies to optimise their TV plans and measure their performance using detailed data on impressions level delivery.

The growth in BVOD viewing has been well documented, and media agencies are rapidly adapting their buying strategies accordingly in order to take advantage of growing BVOD audiences. The result is that the BVOD advertising market is likely to be worth approximately £600 million in 2021, according to the Advertising Association/WARC forecast, and is set to grow further when reliable audience exposure metrics are launched. CFlight will provide agencies and advertisers with sophisticated modelled data, based on high quality inputs in the form of robust BARB measurement and information conveyed directly from broadcast video ad servers.

* Source: 2020, BARB / comScore / Broadcaster stream data / IPA Touchpoints / Rentrak
** BT Sport, which moved from 4Sales to Sky Media last year won’t be included at launch, but will be incorporated into CFlight in a subsequent phase in 2022.