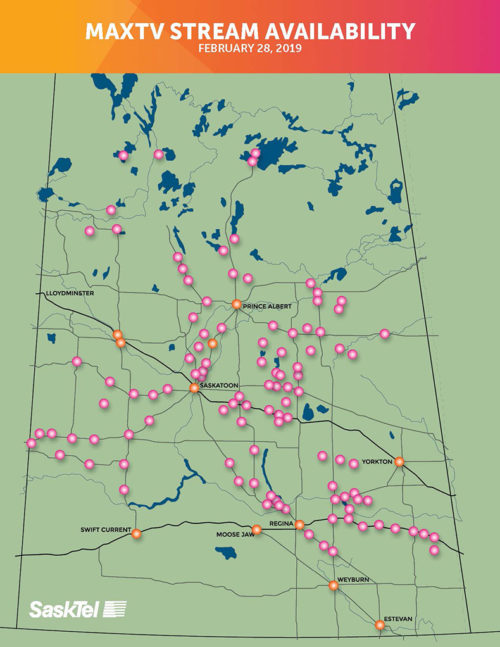 “SaskTel has a long history of delivering technologically advanced products and services to the residents of our province, and their maxTV Stream service is no exception,” said Don Morgan, Minister Responsible for SaskTel. “With its innovative technology and remarkable list of features, maxTV Stream is yet another impressive new service from SaskTel that will have a big impact on people throughout Saskatchewan.”

SaskTel’s maxTV Stream service is a next-generation entertainment platform that combines the best of traditional television with advanced new features and the latest over-the-top (OTT) content from Netflix and YouTube.

“In only six short months, we’ve brought maxTV Stream service to nearly 120 communities throughout the province and with our ambitious goal to serve more than 350 communities by 2020, we won’t be slowing our expansions anytime soon.” said Doug Burnett, SaskTel President and CEO.

Loaded with over 130 channels to choose from and thousands of hours of Video-on-Demand (VOD) content, maxTV Stream raises the bar for television and entertainment with its innovative features, such as:

SaskTel maxTV Stream service comes pre-loaded with 55 channels, VOD, and all the features listed above, starting at $19.95/month when bundled with SaskTel Internet service.