Netflix streaming volume up 350% in 10 quarters 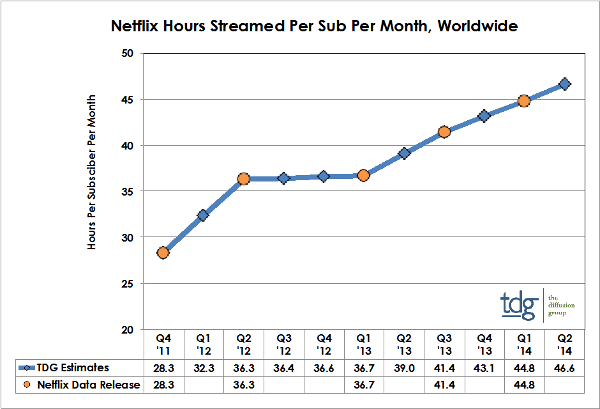 “When Netflix first launched in 1998 as an innovative DVD-by-mail subscription service it would have been difficult to imagine that, not only would it pass HBO to become the largest premium TV/movie subscription in the US, but that it would be ramping up a formidable international streaming business,” notes Bill Niemeyer, TDG Senior Adviser and author of the new report. Niemeyer says this is all the more remarkable given that Netflix launched its Internet streaming service only seven years ago, in 2007.