The English Premier League has announced that it has awarded the exclusive rights to broadcast Free To Air (FTA) for the next three seasons to the Econet Wireless Group which is launching a satellite and Internet broadcasting network this year under the brand Kwesé TV. 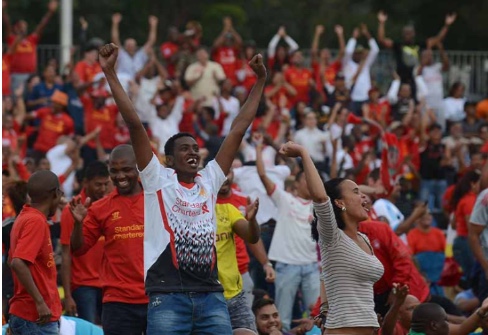 Since the announcement that it would enter the media broadcasting industry, Econet through its subsidiary Econet Media has been aggressively acquiring exclusive sports and entertainment rights. It is a well-known fact in the industry that the key to success depends on the ability to secure exclusive premium content, which can be very costly.

Econet now has access to two of the most important sports leagues in soccer; English Premier League and the Spanish League, through its ownership of Copa Del Rey.

Kwesé Sport on the other hand is able to sub-license public broadcasters, across the entire African continent, to show live games for free at weekends. This could be a real ‘game changer’ for soccer mad fans who today have no such access, particularly in townships and other low income areas.

Econet has not yet said when it will launch Kwesé TV commercially but it is now clear that this will happen before the start of the Premier League season in August this year.

The company also said it will soon announce other major rights that it has acquired in other major sports such as rugby, cricket, athletics and motor sport.

“We now have a huge portfolio of sports programming that will only be available on Kwesé,” said a spokesman for the company.