Next 10 years look upbeat for the U.S. cable industry

NEW YORK — For the U.S. cable industry, the 10-year outlook is bright, according to SNL Kagan, an offering of S&P Global Market Intelligence. The most recent information from this group indicates that the industry’s broadband advantage and bundling stance will enhance revenues from 2016 to 2026. 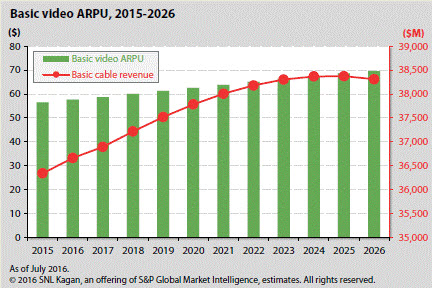 “Like many industries, cable isn’t immune to shifting preferences, but continued growth in broadband may propel revenue growth on both the residential and commercial end,” said Tony Lenoir and Ian Olgeirson, the SNL Kagan researchers behind the report. “Despite ongoing declines in video, the next 10 years look pretty good for this sector.”