Comcast to launch Netflix on X1

Comcast to Launch Netflix on X1 to Millions of Customers Nationwide

PHILADELPHIA & LOS GATOS, Calif. — Comcast and Netflix today announced the Netflix service will launch on millions of X1 devices across the country next week. Integrated throughout the platform, X1 customers with Netflix subscriptions will be able to easily browse and access over the internet the extensive online collection of Netflix TV shows and movies alongside the live, on demand, DVR and web programming included with their Xfinity TV subscription. 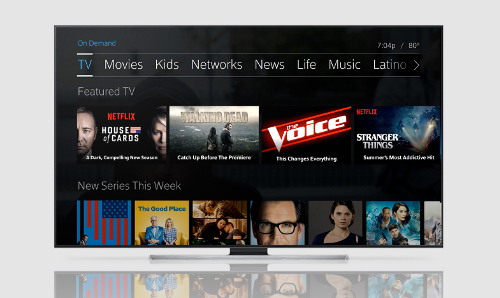 “We are excited to add Netflix to X1 and give our customers access to all the content they love in a way that has never been done before,” said Neil Smit, Chief Executive Officer, Comcast Cable. “Netflix has been a terrific partner, and our incredible teams of engineers and designers have come together to create an experience that is not only seamless and intuitive, but also lets viewers search and watch tens of thousands of movies, shows, specials and documentaries with the sound of their voice.”

Netflix content will be fully integrated into Xfinity On Demand, enabling X1 customers to watch past and current seasons of shows like The Blacklist, How To Get Away With Murder or The Walking Dead; explore popular Netflix original series like House of Cards, Orange Is The New Black and Stranger Things; or catch up on recent classics like Breaking Bad, LOST and Mad Men, all in one place.

“The Netflix integration into the X1 platform means our mutual customers will no longer need to change inputs or juggle remotes,” said Reed Hastings, Netflix Co-Founder and Chief Executive Officer. “Now they can seamlessly move between the Netflix app and their cable service, enjoying all the TV shows and movies they love without hassle.” 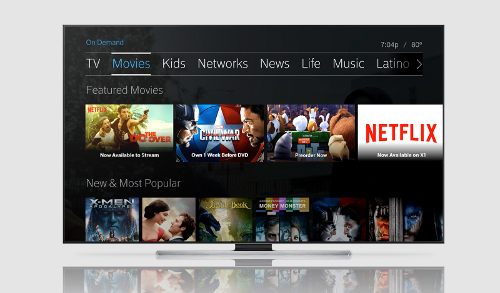 By combining the TV libraries of Netflix and Xfinity On Demand, X1 customers can:

The Emmy-award winning X1 platform will be in 50 percent of Comcast video customer homes by the end of 2016.