The Amazonas 5 satellite arrives at the spaceport in Baikonur 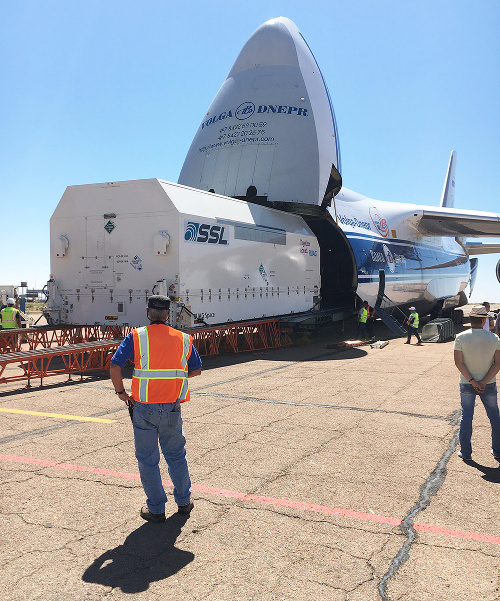 MADRID — The Amazonas 5 satellite has arrived at the International Launch Services (ILS) launch site in Baikonur, Kazakhstan aboard an Antonov aircraft, commonly used to transport heavy components. Its transfer was carried out after passing all the functional and environmental tests that are conducted in the construction process and after having finalised its manufacture in the facilities at Space Systems Loral (SSL) in Palo Alto.

The last series of tests will be run at the launch site in order to verify proper functioning of the satellite after its transfer to Baikonur and it will then be integrated into the Proton M Breeze M launch vehicle for its launch scheduled for this coming September.

The Amazonas 5 has an estimated useful life of 15 years and was built on SSL’s 1300 satellite platform. This new satellite expands the space capacity of the Hispasat fleet in the American continent.

It has 24 transponders in the Ku band offering coverage over Central and South America that will provide high-performance direct-to-home television services. The Amazonas 5 will enable broadcasting 500 new TV channels and will be key in promoting 4K TV in the region.

It also incorporates 34 spots in the Ka band that will provide connectivity services to more than a half a million people. The Amazonas 5 satellite will offer efficient and competitive satellite Internet services, as well as transportation or backhaul services to deploy 3G, LTE and even 5G cellular networks.