Streaming service NOW TV is set to launch the NOW TV Smart Stick, the UK’s cheapest streaming stick and a brand new way to get the best pay-TV shows, the latest and greatest movies and exclusive live sports on your telly.

On sale from next month for just £14.99, the portable plug-and-play NOW TV Smart Stick is powered by Roku and comes with a remote featuring Voice Search technology that helps you to quickly find your favourite shows, films, actors or directors – getting you to the TV you love, fast. Plus if you don’t want to miss the live action, the NOW TV Smart Stick lets you pause live TV on all NOW TV’s premium channels including Sky Sports, FOX, Comedy Central and Sky Atlantic. 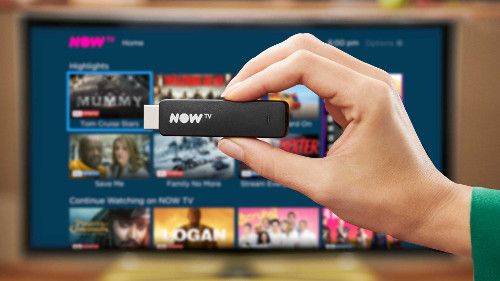 Offering unbeatable value for money, for just £19.99 you can bundle the NOW TV Smart Stick with a two-month NOW TV Entertainment Pass for access to 11 of the best pay TV channels and over 300 binge-worthy Box Sets – from Golden Globe winning dramas like Big Little Lies to TV blockbusters like The Walking Dead. Alternatively you can get the NOW TV Smart Stick with a one-month Sky Cinema Pass for £19.99, or a one-month Sky Sports Pass for £29.99.

Commenting on the announcements, Gidon Katz, Managing Director, NOW TV, said: “If you’re looking for a flexible way to stream great TV, contract free, our plug-and-play NOW TV Smart Stick is the cheapest in the UK. Just add one of our content passes to stream premium live sports, binge over 300 Box Sets, watch a new movie premiere every day, or keep the family entertained with thousands of kids episodes.”

If you like to get your TV fix on the go, NOW TV also announced it would be rolling out downloads to the NOW TV app across mobile devices for its kids, entertainment and cinema passes, starting with the Kids Pass this spring.

By the end of the year NOW TV also revealed that it will be introducing the option of streaming NOW TV both live and on demand in full HD, with content from the likes of Sky Atlantic, Sky One and Sky Sports.

As part of its no-strings offering, NOW TV also revealed that new broadband customers will soon be able to get its great value reliable broadband as a standalone contract-free service, without the need to bundle it with a NOW TV Pass. NOW Broadband will launch in the next few weeks with prices starting from £18 and you can choose from three speeds.