COLUMBIA, MD — As part of the ongoing Federal Communications Commission (FCC) Repack, Sinclair Broadcast Group, one of the largest owners of television stations in the United States, has chosen to deploy over 100 Rohde & Schwarz high-power TV transmitters for the broadcast operation of 90 TV stations nationwide.

Well ahead of the curve, Sinclair Broadcast Group once again demonstrates thought-leadership and long-term vision by assigning Rohde & Schwarz as their partner for providing guidance and a comprehensive turnkey solution to ensure that all requirements and deadlines of its FCC Repack transition are met. 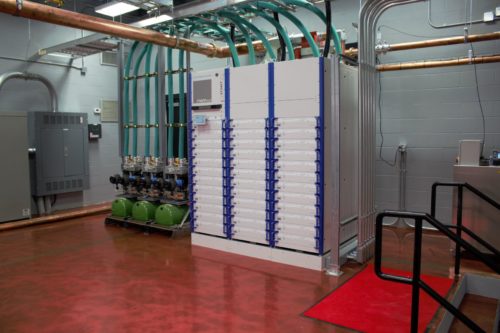 Sinclair’s transmitter model of choice is the future-ready R&S®THUevo liquid-cooled transmitter. It offers an easy path to ATSC 3.0 and energy efficiency values of up to 43 percent for ATSC. Compared to conventional transmitters, the R&S®THU9evo can save up to 50 percent of energy costs (in Doherty operation), while offering the highest power density on the market. The result is a reduction in energy consumption, which minimizes network operator costs.

“We partnered with Rohde & Schwarz for the installation of the R&S®THUevo to commence our repack efforts about a year ago. This is a very nice product, and Rohde & Schwarz has proven to be an incredible partner for Sinclair by providing a great service and support from comprehensive consulting and site surveys all the way to installation, commissioning, proofing and after-sales services.” commented Harvey Arnold, Vice President of Engineering at Sinclair Broadcast Group. “Rohde & Schwarz strives to deliver a great product and they listen to our needs.”

“We value our business partnership with Sinclair Broadcast Group and appreciate their continuous trust in our products and team during the ongoing repack,” said Erik Balladares, Vice President of Broadcast & Media at Rohde & Schwarz USA, Inc. “It was imperative for Sinclair Broadcast Group to take the opportunity to future-proof their broadcast operation in every possible way, and to plan and execute the FCC Repack measures in an exemplarily manner. We would like to salute them for doing an outstanding job in fulfilling the repack requirements well ahead of the schedule.” concluded Balladares.