The Digital TV Group (DTG), the centre for UK digital TV, has today published the full findings of its much-anticipated national TV trends survey in the annual ‘State of the Nation’ report.

From sales figures and subscription trends to accessibility and sustainability drivers for the future, this set of business-critical insights considers the key trends in the TV eco-system and the consumer painpoints that need addressing. 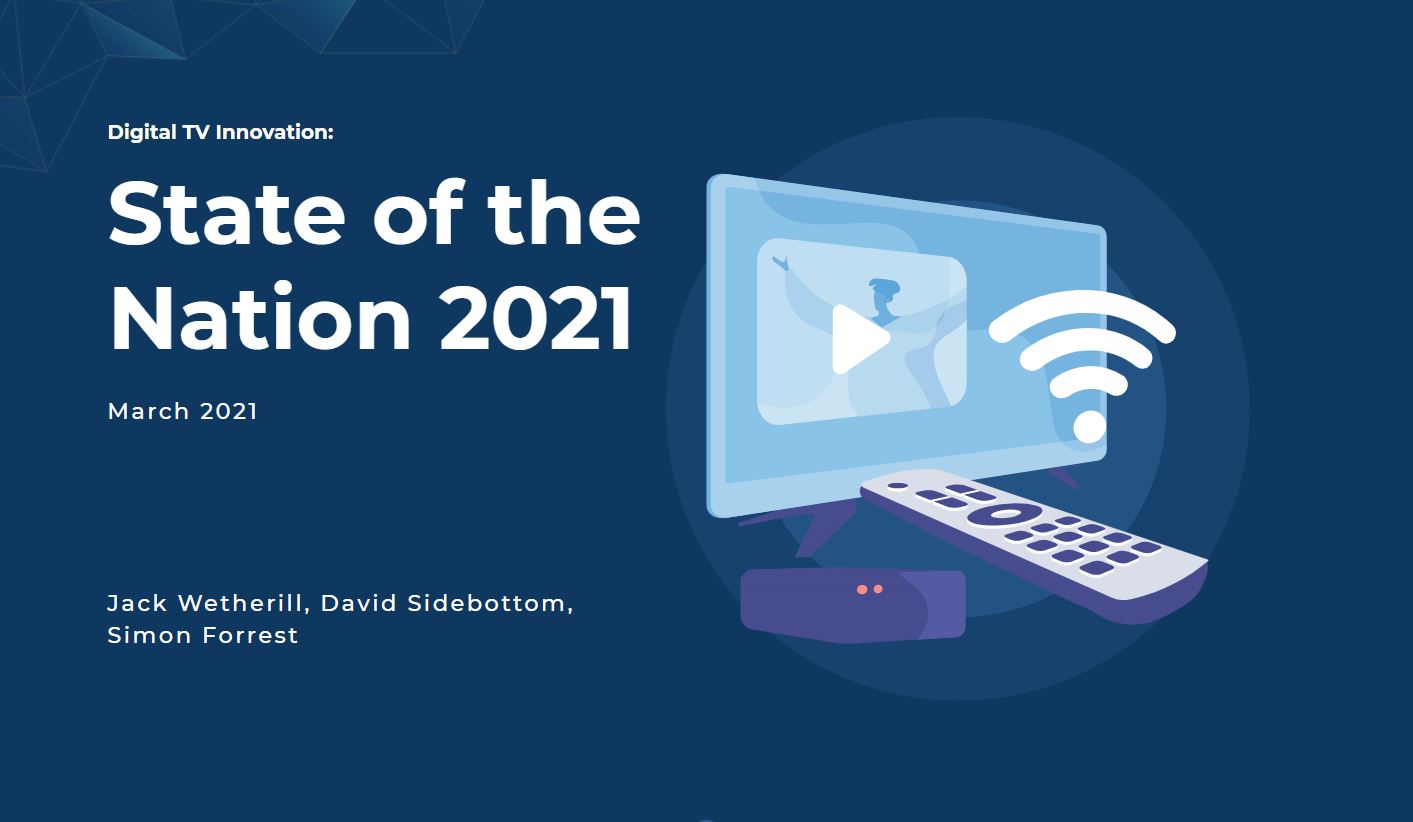 In a year of not going out, TV became our link to the outside world, our primary source for entertainment… and a household battleground!

In fact, spending hit £5.6 billion last year, and sales of TV sets alone grew 19%, the highest annual growth in a generation and more than 4.2m 4K UHD TVs and more than a million soundbars sold in 2020.

Content too has seen a sales surge, with more than £12bn spent on PayTV and SVOD subscriptions.

With an increase in time spent in front of the TV and an increase in platform subscriptions, it is clear from the findings that a simpler or better UI, particularly when toggling between linear viewing and apps, was top of the consumer wishlist.

And it is not just the viewing experience that is important to the consumer, sustainability credentials were high on the list of priorities, while, crucially, almost half of respondents would be willing to pay a premium for greener streaming.

DTG Chief Executive Richard Lindsay-Davies said: “This is our second annual State of the Nation survey, and what a year it was! With the TV becoming even more of a home hub during lockdown, we included the consumer viewpoint to identify the areas of real opportunity for our members and for our sector. The full report is packed with insights into the daily lives of our customers and, importantly, the direction, or directions, consumer spend might be headed.”

At a glance: sales and subscriptions

In a year of not going out, virtual socialising and online education, it’s not surprising that the TV became more of a focus for UK consumers.

Total UK TV sales up 17% YoY – the biggest increase in a generation.

At a glance: viewer behaviour

Despite the continued increase in IP and OTT viewing 71% say the TV is their most-used screen to watch streamed content… Rising to 86% for broadcast TV.

69% said the ability to easily switch between favourite TV channels and streaming apps is important.

36% struggle to hear audio or dialogue at least some of the time… And 40% have used subtitles when watching television.

Though audibility may not be the only driver as twice as many 16-35 year olds than over 55s said they had used subtitles.

At a glance: greener screens

So, consumers are demanding enhanced experiences but also need simplicity and cut through and the opportunities from greener streaming and sustainable options may be surprising for some.

This represents an opportunity worth more than £400m a year for the sector.

For more information contact Georgina Wilks-Wiffen at gwilkswiffen@dtg.org.uk and please tag us in any tweets @theDTG

About ‘State Of The Nation’

The DTG commissioned independent research agency Future Source to carry out its annual State of the Nation survey. This year, for the first time, the dataset included responses from more than 2,000 consumers, as well as senior leaders from across the TV sector.

This 360-degree view of the industry defines consumer pain points, identifies focus areas for manufacturers, distributors, broadcasters and technology providers and sets a roadmap for action for the UK sector.