Key trends in the European audiovisual sector: all the key figures to imagine the post-COVID world

STRASBOURG, FRANCE — Key Trends 2020/2021 is the Observatory’s yearly digest of what’s hot in European media: TV, film and VOD. This new edition outlines the big picture of the European audiovisual sector with its very readable round-up of the key data from Observatory research. The authors drill down into recent trends and hot issues, including ongoing insights into the impact of the COVID-19 pandemic on the various audiovisual industries in Europe.

Among the huge range of topics covered, Key Trends provides data to understand:

The following graphic shows that, in October 2020, 89% of films promoted on pay-per-view VOD had actually already had a cinema release. So the ‘straight to video’ effect had not hit the TVOD market at that point. 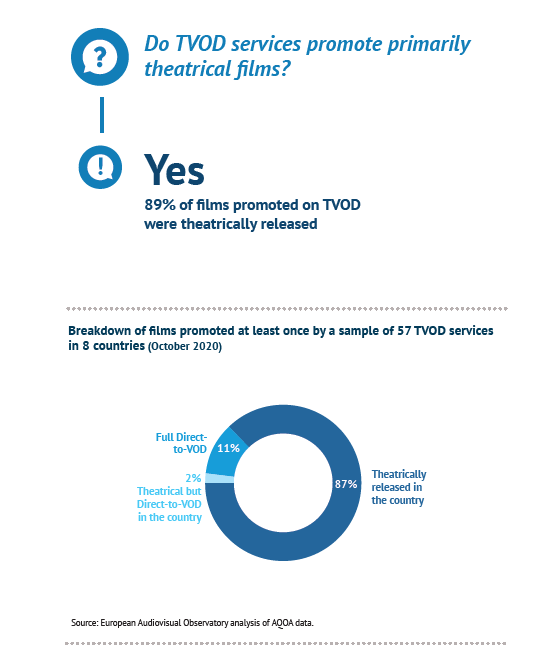 Figures also reveal that VOD has had a very positive effect on the circulation of European films with a smaller cinema release over the past 5 years (under 50,000 admissions). 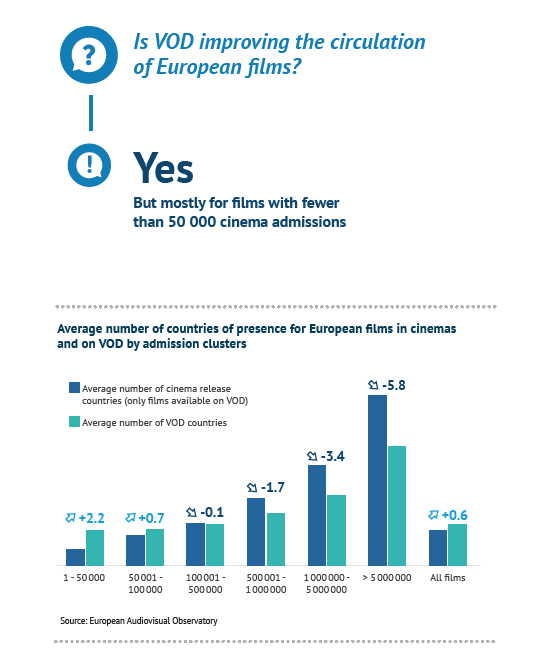 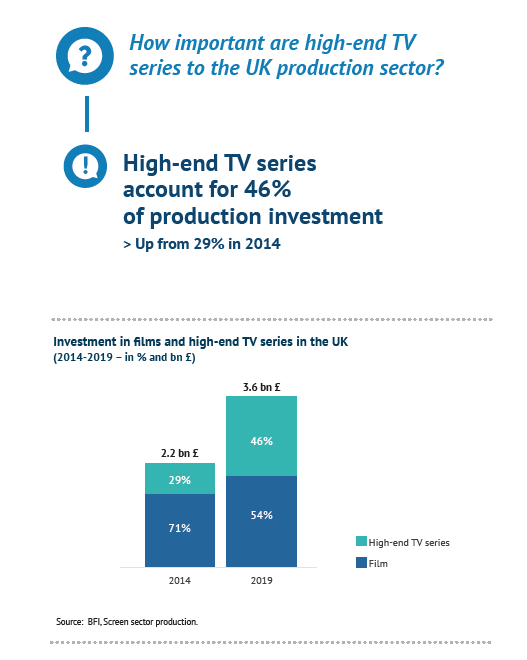 The dynamics of the European markets just before COVID set in

The graphic below shows that the audiovisual sector in Europe was in trouble before the pandemic hit us. This sector grew by only 0.2% in real terms between 2015 and 2019. An already flourishing on-demand sector was not enough to outweigh the already notable losses in sectors such as advertising and available public funding. COVID would only serve to exacerbate these underlying trends in 2020. 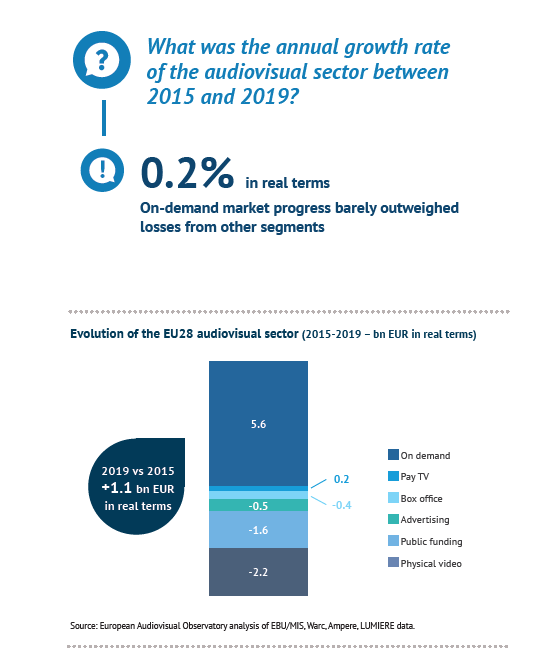 And yet healthy growth was noted in the smaller markets over this period. Double figure growth was achieved by markets such as Portugal, Bulgaria, Georgia and the Slovak Republic. 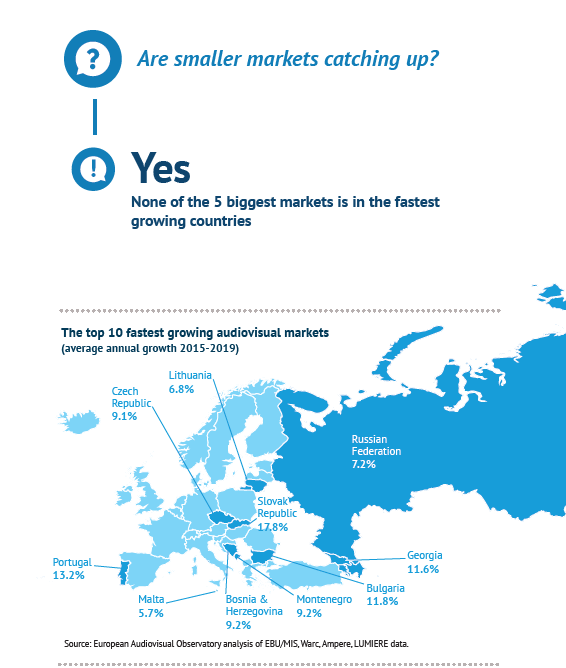 The role of US players in Europe

Our 2019 figures show that the global audiovisual markets were dominated to a massive 73% by the US in terms of revenue. Europe represented 10%. 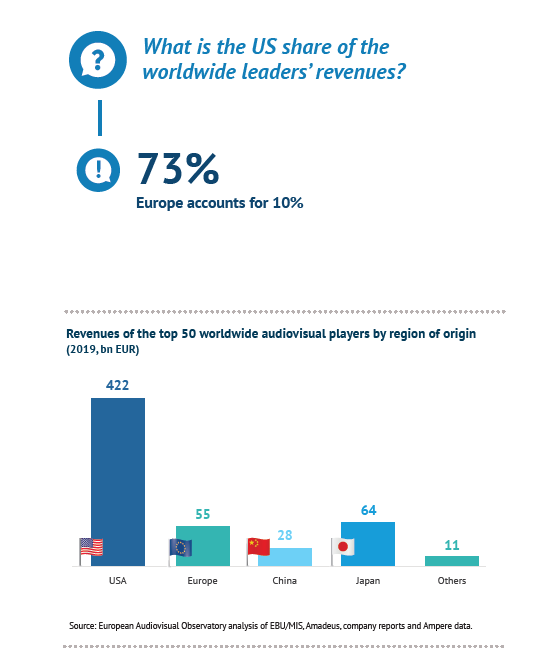