BARB has now launched total four-screen viewing with the inclusion of smartphones.

Since January 2020, BARB has reported unduplicated reach and time spent viewing across three screens: TV sets, tablets and PCs. This total three-screen viewing has been reported on our website alongside consolidated seven-day TV set viewing.

Extending our reporting of unduplicated reach and viewing time to smartphones builds on our established census-level reporting of BVOD viewing across all four devices. 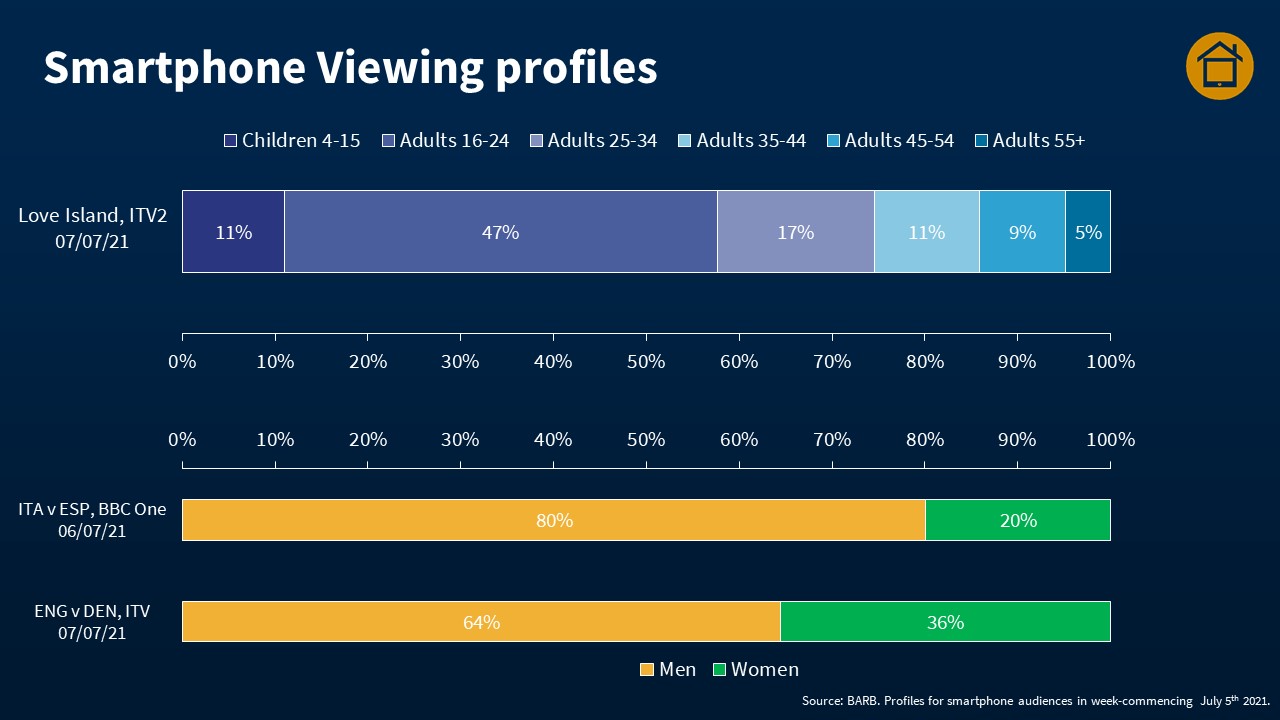 This new development in our multi-platform audience reporting is made possible by router meter technology being installed in our panel homes. These enable us to measure average audience data and time spent viewing in smartphones across the full range of demographic groups.

Using the Dovetail Fusion process, collecting smartphone data from our panel means that we can now report on people rather than devices, so reach and incremental reach are now supported as well as reporting demographic profiles of the smartphone viewing audience.

Here are some examples of the smartphone data available from the 7th July:

We can see that in the month of June smartphone viewing accounted for 0.31% of total four-screen viewing to programmes. Comparing this to the high level of smartphone viewing for Love Island (10.7%) as well as the demographic detail now available allows the user to draw conclusions on the audience for more effective TV planning.