NEW YORK — The quarterly variations in the pace of U.S. traditional multichannel erosion offered slight improvement in the second quarter of 2021 without fundamentally altering the longer-term trajectory, according to Kagan, a media research group within S&P Global Market Intelligence. Losses to cable, telco and satellite video services slowed from the year-ago period to 1.5 million and were accompanied by improvements to the comparisons for the first six months and trailing 12-month periods from 2020. 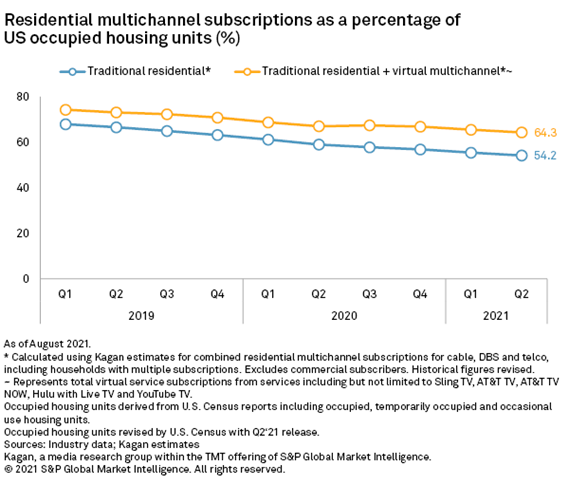