MENLO PARK, Calif. — More than half (50.6%) of US consumers prefer using ad-supported video (AVOD) services to reduce or eliminate subscription fees, according to new research from multichannel streaming leader, Future Today, and Variety’s Variety Intelligence Platform (VIP+). Similarly, viewers find the ads shown while streaming are considerably more relevant to their interests compared to those shown on traditional cable or broadcast television. 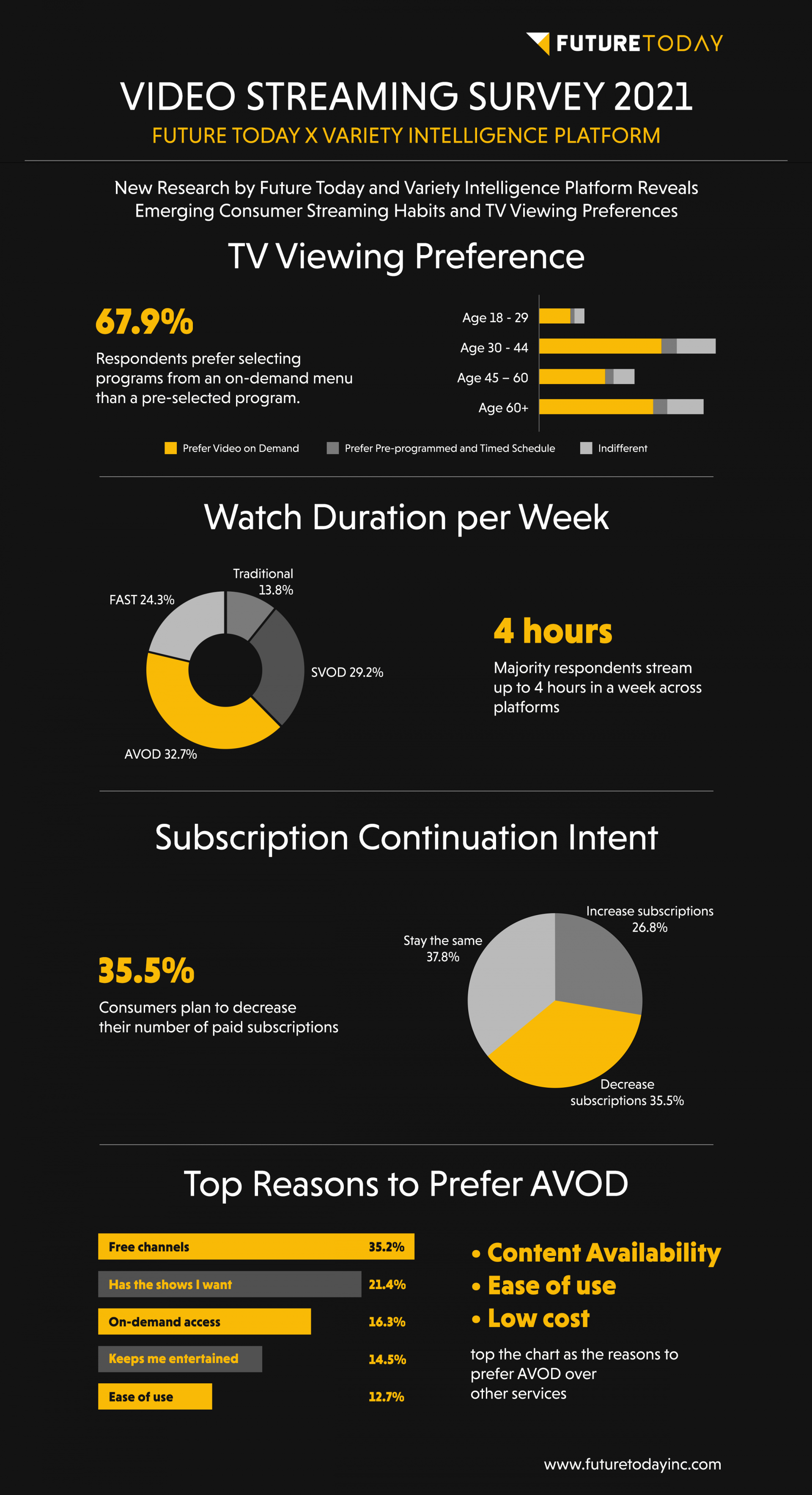 “Consumer viewing preferences continue to evolve. Streaming has become the de facto source for watching TV shows and movies, but not all services, platforms and models will thrive in this shifting media landscape,” said Vikrant Mathur, CEO and Co-Founder of Future Today. “Despite some pundits’ expectations, we’re seeing AVOD adoption flourish, and expect this trend will continue to grow for years to come. Our research solidifies that with the right viewing experience, the ad-supported streaming model is ideal for content owners, brands and, most importantly, audiences.”

“The world of free streaming is in a state of metamorphosis. FAST in particular is very distinct from its first era, but as the findings from the Streaming Study show, the change is not complete,” added Gavin Bridge, Senior Media Analyst, Variety Intelligence Platform. “Future trends to note will be the involvement of more big media brands as FAST becomes a new distribution strategy for getting content in front of viewers.”

The study also found that consumers are tired of paying for too many subscriptions. More than a third (35.5%) plan to decrease their number of subscriptions in the next 6 – 12 months. On average less than 15% of consumers have stopped using a streaming service within the past year.

The “Future Today x Variety Intelligence Platform Streaming Study” studied numerous topics and compares FAST channels to AVOD to SVOD to traditional TV viewing in a statistically relevant sample of over 1,000 consumers across the United States. The survey was conducted between June 15 and June 30, 2021, as a means of investigating consumer streaming preferences and viewer behavior.