SVOD household penetration in Malaysia to reach 27% in 2025

The household penetration of subscription video on demand (SVOD) services in Malaysia is expected to increase from 12% in 2020 to about 27% in 2025, driven by considerable rise in the adoption of over-the-top (OTT) video service platforms, according to GlobalData, a leading data and analytics company. 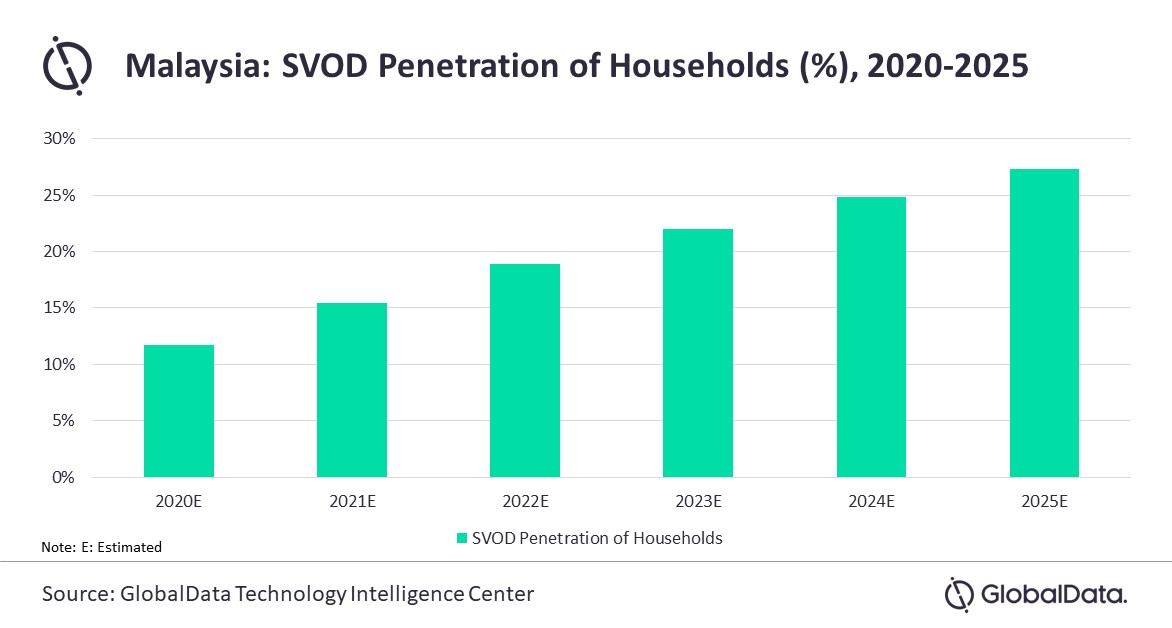 GlobalData’s Malaysia Subscription Video on Demand (SVOD) Forecast reveals that the SVoD subscriptions in the country will increase at a CAGR of 20% over the forecast period in line with the acceleration in cord cutting trend among traditional TV viewers and their increasing migration towards on-demand video services. Competitive pricing strategies adopted by OTT service providers and their investments in premium local content will also drive growth in SVOD subscriber base over the forecast period.

Increasing coverage and availability of broadband services in Malaysia, supported by the government’s National Digital Network (JENDELA) initiative to expand broadband access in the country, and Telekom Malaysia’s High-Speed Broadband (HSBB) project for fiber network expansion, in collaboration with the Malaysian government, will additionally lend traction to SVOD service adoption in the country.

Kantipudi Pradeepthi, Telecom Analyst at GlobalData, says: “Netflix held the largest share of Malaysia’s total SVOD subscriptions as of 2020 and will continue to do so through the forecast period. Heavy investments in high quality regional content, and affordable mobile-only plans offered at US$4 per month will help the company maintain its leadership in the market.

Malaysia is a multi-racial country and boasts of high non-native English proficiency. As such, English and Chinese-based platforms such as Netflix, Viu and iflix have large market shares.

Ms Pradeepthi concludes: “To appeal to the larger Malay demographic, it is necessary for foreign players to have local partners. For instance, in June 2021, Netflix inked a partnership with pay-TV operator Astro to be hosted on the latter’s platform, complementing its lack of vernacular content.”