China pay TV market to remain stagnant between 2021 and 2026

The pay-TV services revenue in China is expected to grow at a sluggish compound annual growth rate (CAGR) of 0.6% from US$35.1bn in 2021 to US$36.2bn in 2026, due to a steady decline in cable TV subscriptions and drop in overall pay-TV average revenue per subscription (ARPS), according to GlobalData, a leading data and analytics company. 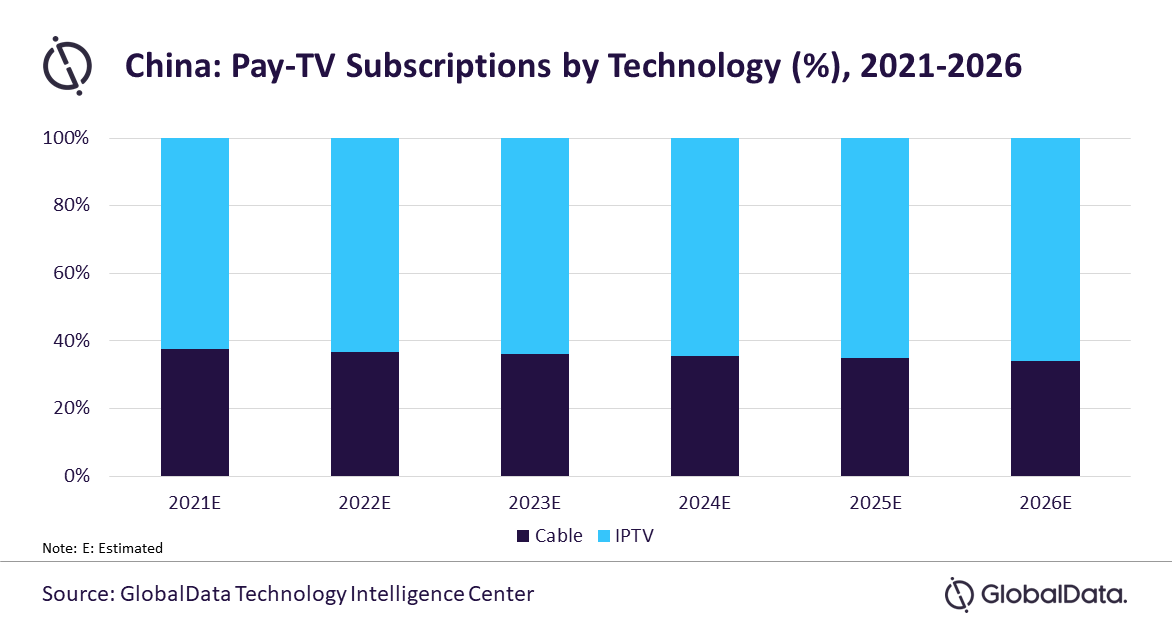 An analysis of GlobalData’s China Pay-TV Forecast indicates that cable TV subscriptions are expected to decline at a CAGR of 0.9% between 2021 and 2026 while the average monthly spend per pay-TV account will drop from $5.43 to $5.20 over the same period.

Hrushikesh Mahananda, Telecom Analyst at GlobalData, says: “A steady rise in the adoption of OTT-based video services by consumers seeking new content is affecting the overall pay-TV ARPS and revenue growth in China.”

Mahananda adds: “IPTV will be the leading pay-TV service platform in China in terms of subscriptions throughout the 2021-2026 period. This growth will be primarily driven by solid demand for multi-play bundled packages with integrated IPTV services and increasing fixed broadband penetration in the country that supports delivery of IPTV services.”

China Broadcasting Network (CBN) will lead the overall pay-TV services market throughout 2021-2026, driven by its monopoly in the cable TV segment.

Mahananda concludes: “Within the IPTV segment, China Mobile will lead given its robust focus on enhancing its content by strengthening the combined operation of big and small screen content and making a household data service portal consisting of digital cinema, broadband television and vertical content.”