NEW DELHI, BOSTON, TORONTO, LONDON, HONG KONG, BEIJING, TAIPEI, SEOUL — Smart TV share in India’s overall TV market grew 33% YoY in Q1 2022 to reach its highest ever at 89%, according to the latest research from Counterpoint’s IoT Service. Xiaomi led the smart TV market during the quarter with a 14.3% share, followed by Samsung at 13.1%. The increased preference for smart TVs along with sales growth in online channels were the major growth drivers. New launches from leading brands at affordable prices, along with discounts and promotions, also aided in the shipments. 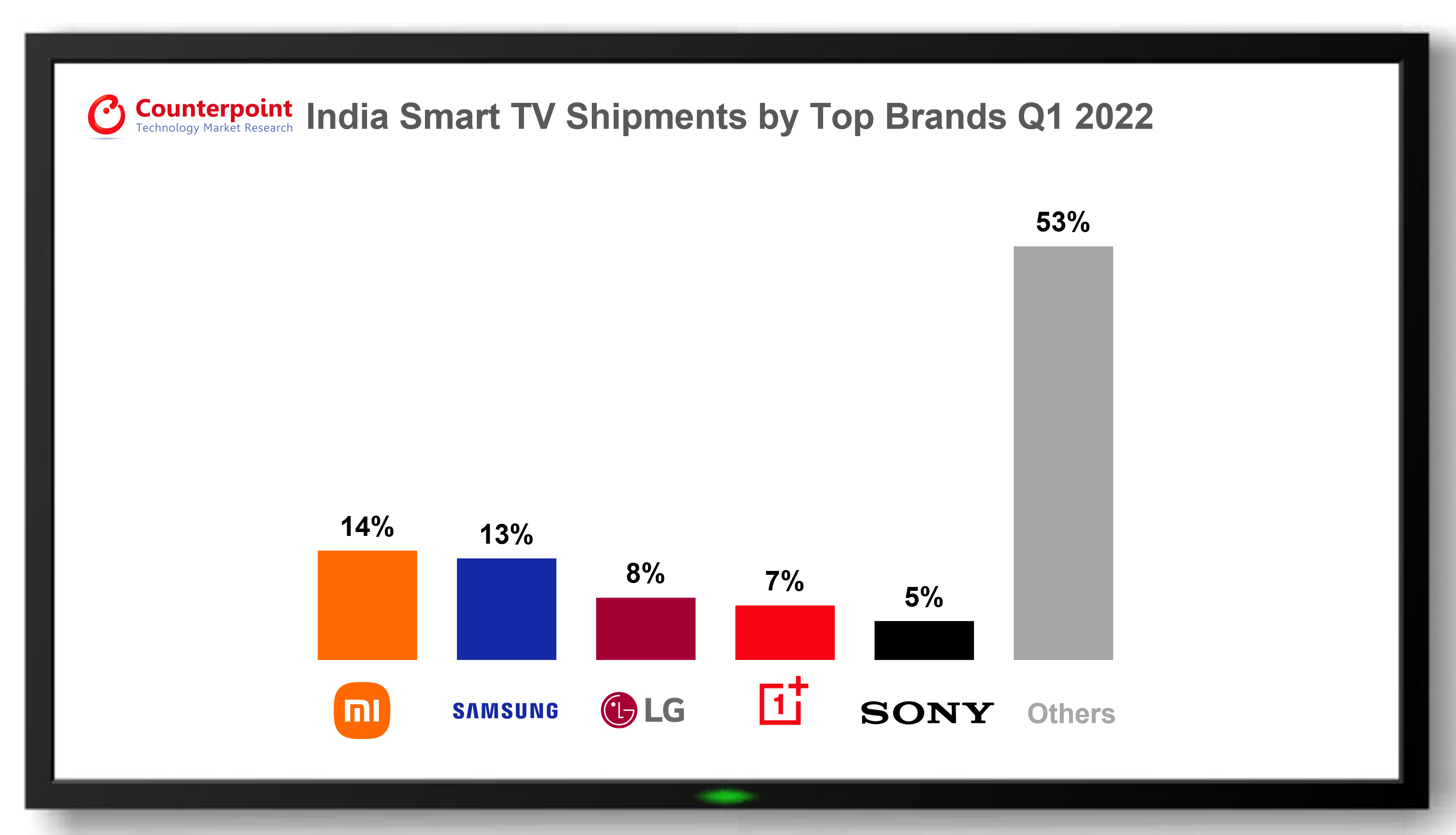 Looking at the overall market, Senior Research Analyst Anshika Jain said, “The smart TV contribution in the overall TV market reached its highest ever in Q1 2022 at 89%. Xiaomi continued to lead the smart TV segment, followed by Samsung and LG. OnePlus reached its highest ever share due to the good performance of its Y1 series. Brands are putting more emphasis on the display aspect as there has been an increased preference for bigger display sizes. The display size range from 43 inches to 54 inches now contributes to almost one-third of the total smart TV shipments in India. In addition to this, an increasing number of models are being launched in the market with OLED and QLED technologies to enhance the user experience.”

On the market trends, Research Analyst Akash Jatwala said, “The smart TV market is showing immense growth driven by the rising demand for home entertainment, a wide variety of affordable launches, an increase in broadband penetration, and multiple discounts offer from retailers. Besides, consumers are opting for enhanced specifications to get a better viewing experience, like sound system improvements and larger screen sizes. Online channels contributed to 31% of the overall TV shipments with 30% YoY growth. They had special discounts on TVs, which helped drive the overall volume. Flipkart dominated these channels”