Streaming captures nearly 32% of U.S. TV viewing in May

Nielsen’s The Gauge Finds Streaming Captures Nearly 32% of Total TV Viewing in May, a Third Consecutive Record-Breaking Month For the Digital Format

NEW YORK — In May, streaming viewership accounted for 31.9% of total television consumption, achieving a record-high share for the third consecutive month according to The Gauge, the monthly total TV viewing snapshot from Nielsen (NYSE: NLSN). This follows the two most recent record-breaking months for streaming usage, April and March 2022, when streaming captured 30.4% and 29.7% of total TV viewing, respectively, and marks the largest month-to-month increase in share for streaming with a gain of 1.5 share points versus April. 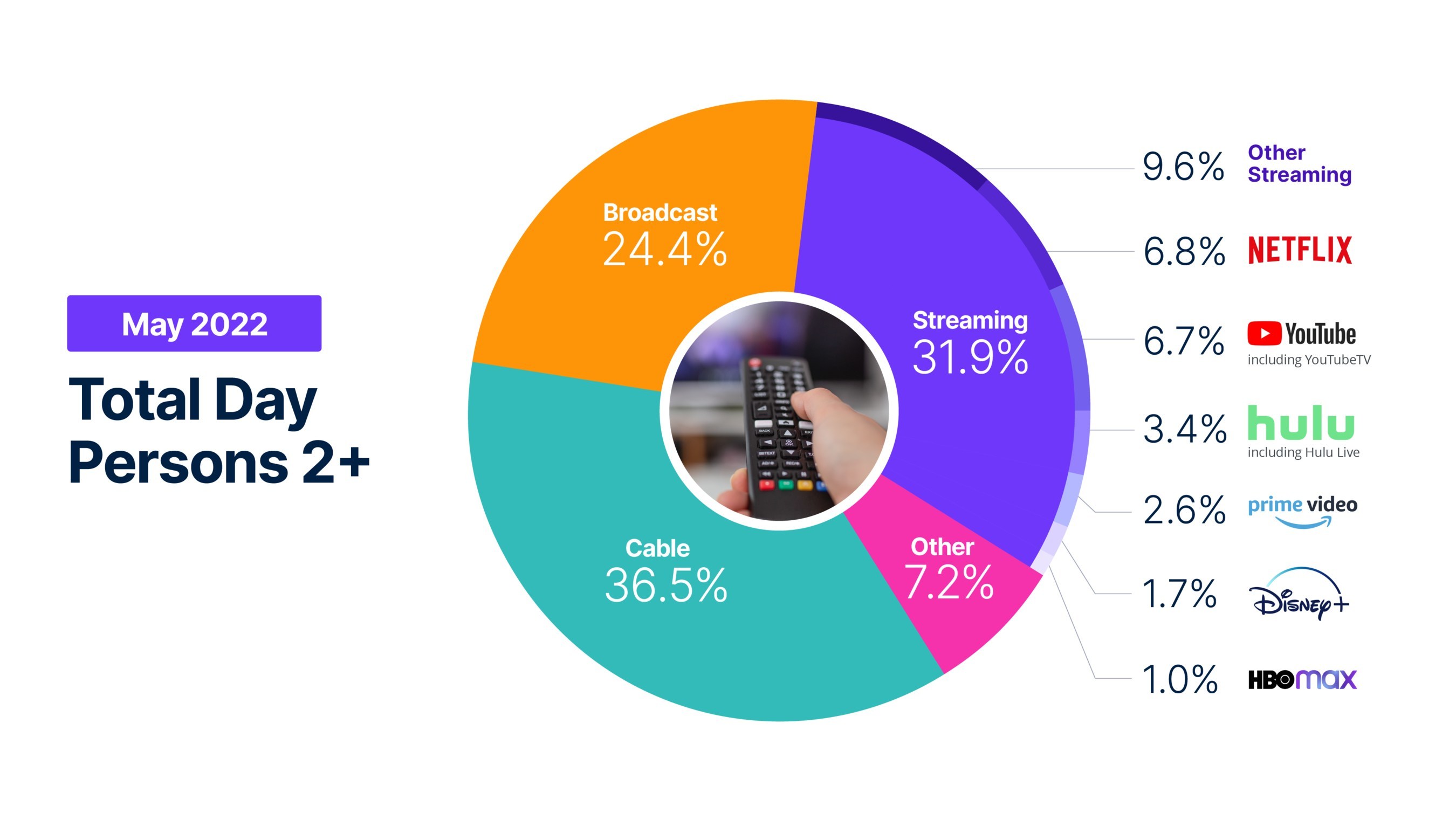 While overall TV usage decreased by 2.7% in May compared to April—a drop that follows typical viewing trends for this time of year—streaming was the only viewing category to exhibit any month-over-month growth in May as it continued to narrow the gap on cable’s 36.5% share of viewership, and it exceeded broadcast’s 24.4% share.

Time spent streaming in May increased by 2% versus April, bolstered by the release of new content at the end of the month: Obi-Wan Kenobi on Disney+ and Netflix’s Stranger Things. With the release of these programs, Disney+ captured 2.5% of total TV viewing on May 27, and Netflix claimed 9.0% on May 28.

Broadcast and cable viewing both declined in May, as viewing volume fell 3.5% for each category versus April. The drama genre led with the largest share of broadcast viewership for the month, with procedural crime dramas representing about one-third of broadcast viewing.

While cable news viewing in May was down 4.2% from April, it represented the largest portion of cable’s share at 17%. Cable sports viewing was up 7% in May and accounted for 9% of the cable share, driven largely by NBA playoff games which were the top six most-viewed cable programs that month.