The subscription video on demand (SVoD) service revenue in Australia is expected to increase at a compounded annual growth rate (CAGR) of 8.9% from $2.2 billion in 2022 to $3.4 billion in 2027, driven by a healthy growth in SVoD subscriptions and unique SVoD households, as well as a steady rise in the average monthly revenue per unique SVoD household, according to GlobalData, a leading data and analytics company. 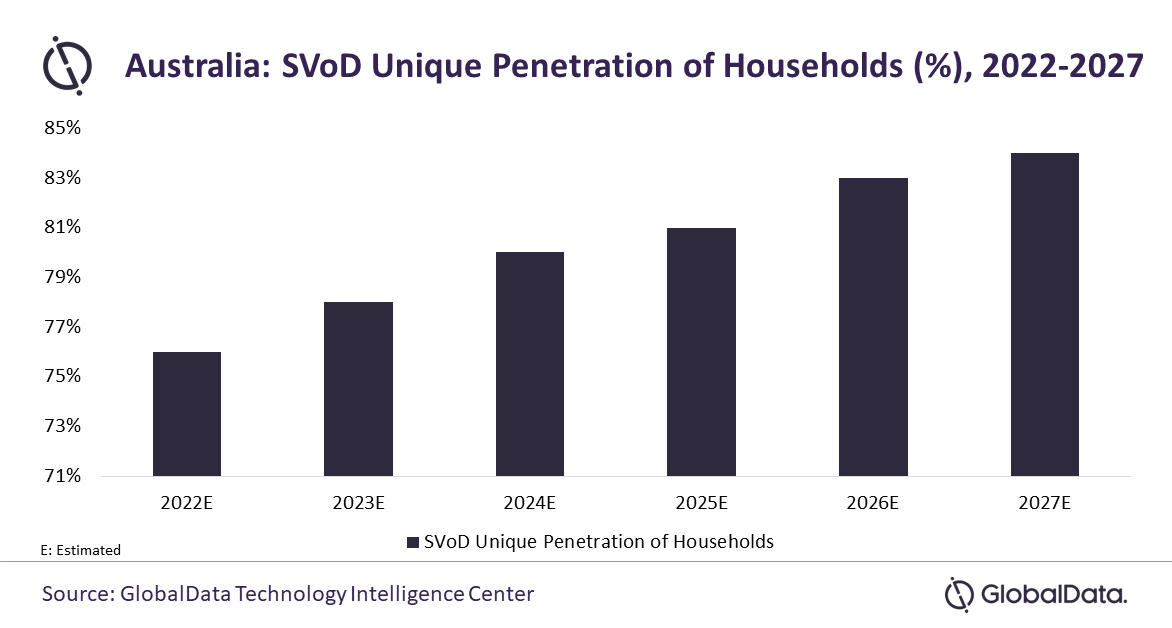 GlobalData’s SVoD Forecast (Q3 2022), reveals that SVoD subscriptions in the country will increase at a CAGR of 7.7% over the forecast period, in line with the accelerating cord cutting trend among traditional pay-TV viewers and their migration towards on-demand video services.

Srikanth Vaidya, Telecom Analyst at GlobalData, comments: “The accessibility of high-speed broadband services in the country, thanks to the national broadband network, which was formally declared ‘built and operational’, will also facilitate the widespread adoption of SVoD services in Australia.”

Vaidya continues: “Netflix will lead Australia’s SVoD market and will account for the largest share of SVoD subscriptions through the forecast period. A profound library of US originals and English language drama and comedy series, movies, documentaries, and kids shows will help the company maintain its leadership position in the market.”

Disney+ surpassed Stan to become the second largest SVoD player in terms of subscriptions in 2021, behind Netflix. Unlike most of its competitors, Disney+ has a single pricing plan with all the features available in one subscription price.

Vaidya concludes: “Sports-related content plays a big role in Australian media. Hence, most operators maintain a sports theme within their SVoD platforms. For instance, Stan has Stan Sports, while Optus has Optus Sport.”