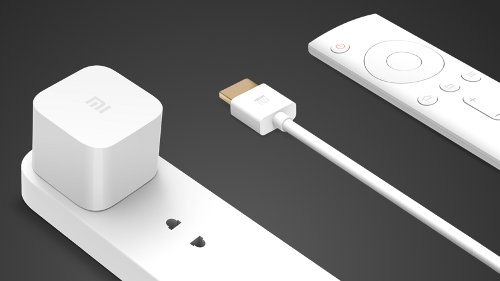 BEIJING — Xiaomi has announced the release of its Mi Box mini streaming set-top box in China. The box is one quarter the size of the previously announced Mi Box and fits directly into a mains socket.

The box is built around an ARM Cortex-A7 quad-core 1.3GHz processor with Mali-450 graphics chipset from Mediatek and supports H.265 video up to 1080p with DTS 2.0 and Dolby Digital Plus audio as well as dual band 802.11n Wi-Fi and Bluetooth. It connects to the TV via an HDMI cable.