DUBAI MEDIA CITY, UAE — ICFLIX, the Middle East and North Africa’s leading Internet streaming service, have partnered with Sony to make movies and TV series from ICFLIX available to be streamed instantly to TVs via the PlayStation®3 (PS3™) and PlayStation®4 (PS4™) consoles. 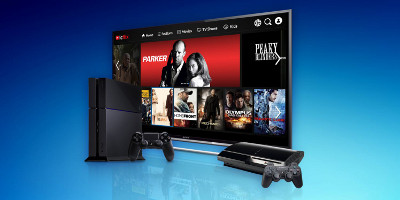 The ICFLIX offering will include the latest popular Jazwood series as Al Sayeda Al Oula, Seerat Hob, Bent Al Shahbandar, Alwan Elteef and Cello alongside Award-winning Hollywood movies such as The Wolf of Wall Street, Hugo and The Tourist.

PS3 and PS4 users subscribing to ICFLIX can also instantly watch hit TV shows including all five seasons of The Walking Dead as well as an exciting range of series, such as the western drama Hell on Wheels, British period drama Mr. Selfridge, the critically acclaimed series Peaky Blinders, historic epic The Book of Negroes, and the gripping dramatic thriller The Red Road.

Carlos Tibi, founder and CEO, icflix said: “We are thrilled to announce this partnership to millions of PlayStation owners across Middle East and North Africa, giving them fast and easy access to ICFLIX’s growing library of Hollywood, Jazwood and Bollywood content. We are committed to delivering the best entertainment experience. This introduction will further adhere our dedication in becoming the number one streaming service in MENA and beyond.”

“We at PlayStation Middle East are pleased that ICFLIX members can now also access and enjoy the ICFLIX content on their PS3 & PS4. Gamers are naturally using their PlayStation for gaming and with the launch of ICFLIX on PS3 & PS4; they will discover additional ways to enjoy their consoles. The ICFLIX content is particularly well suited for the gamers in the region due to the content selection available” Robert Fisser, General Manager PlayStation, Middle East, Africa, Turkey & India

ICFLIX provides a value-for-money entertainment experience with many titles available in high-definition and Dolby® Digital Plus 5.1 surround sound where available. With the recently added ‘Continue Watching’, member’s can watch on one device and pick up where they left off on another at home or whilst on the move.