You can enjoy Telenor’s online television service in your living room on yet another device. Using Mi Box, you can watch television via Wi-Fi rather than cable. With Telenor MyTV now including the live programmes of 72 television channels, it can fully replace traditional cable television giving more freedom to viewers due to its mobility. Mi Box converts your television to a real entertainment hub with music and game download options. 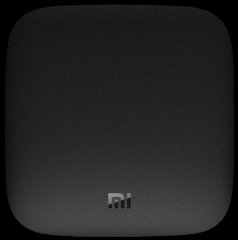 Besides Apple fans, Android TV users can also watch Telenor MyTV on the large screen using a convenient device providing a range of extra functions. The service now supports not only Apple TV but also Android TV on one of today’s most state-of-the-art Android-based set top boxes, Mi Box 3. The palm-sized Mi Box is compatible with any television set with an HDMI port. It is a completely future-proof solution supporting the most advanced ultra-HD HDR televisions. As a result, you do not have to replace it even if you choose to migrate to the latest television technology.

Mi Box manufactured by Xiaomi is available with a Bluetooth remote control supporting speech recognition. If you want to search for a video on You Tube, you only need to push the mike button and say the keywords out loud. Based on Google’s Android TV platform, Mi Box can run not only the MyTV Otthon App providing the MyTV service, but also on other smartphone apps including music apps and games. As a result, Mi Box converts your living room television set into a universal entertainment hub.

Mi Box is available in Telenor shops and webshop for HUF 24,990. Telenor does not require that customers sign a binding contract for MyTV packages including 10, 50 or 72 television channels. MyTV service can be ordered also by non-Telenor customers with an online payment-enabled bank card. Nevertheless, Telenor offers significant discounts from the monthly fee to its customers and it also offers them the HBO GO service at a discount if they sign a 2-year binding contract.

The MyTV service is available anywhere and it can be accessed using smartphones, tablets and PCs as well as a broad range of television platforms. Besides Mi Box and Apple TV, it can be installed also on Android TV-based Sony and Philips smart televisions and Samsung smart TVs. The service also supports Google Chromecast enabling users to view films running on their smartphones or tablets on a television screen.