UNBROSSA books capacity on EUTELSAT 117 West B to launch “Play”, a new DTH platform for the Caribbean 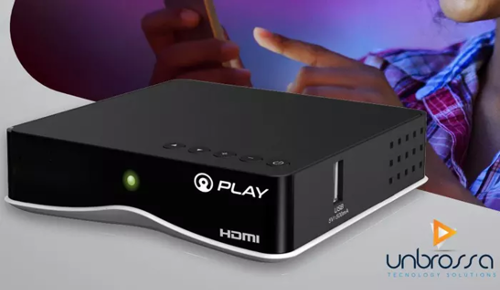 UNBROSSA will leverage EUTELSAT 117 West B’s prime coverage of the Caribbean region to launch its innovative Pay-TV DTH platform. With an offer of over 125 channels, including 25 HD channels, “Play” will be the leader in providing next-generation video services to the Caribbean. The platform is scheduled to launch in spring 2018, with a broad range of affordable packages.

Satellite connectivity via the Play DTH platform is designed to empower communities in less-developed parts of the Caribbean, opening new doors to knowledge and leading to economic development. Significantly contributing to the reduction of the digital divide, in some of the most isolated parts of the Caribbean, the platform will also be available as a solar-powered solution to reach viewers in regions not covered by the electric grid.

Didier Alerte, CEO of UNBROSSA, said: “This project is a major milestone as it will bring television to many for the first time, creating a significant impact on their access to information and quality of life. Play is truly the first real DTH platform tailored and built for the region.”

Mike Antonovich, CEO of Eutelsat Americas, said: “We are delighted that UNBROSSA has selected EUTELSAT 117 West B to launch this innovative DTH platform in the Caribbean. The distribution of the islands and their low population density make satellite the best suited solution to connect the population across the region, reaching even the most remote areas.”

If you’re at NAB this week meet with us on the Eutelsat booth (SU3421).