Eastern Europe’s SVOD sector is finally taking off, prompted mainly by launches by global platforms such as Disney+ and HBO Max. 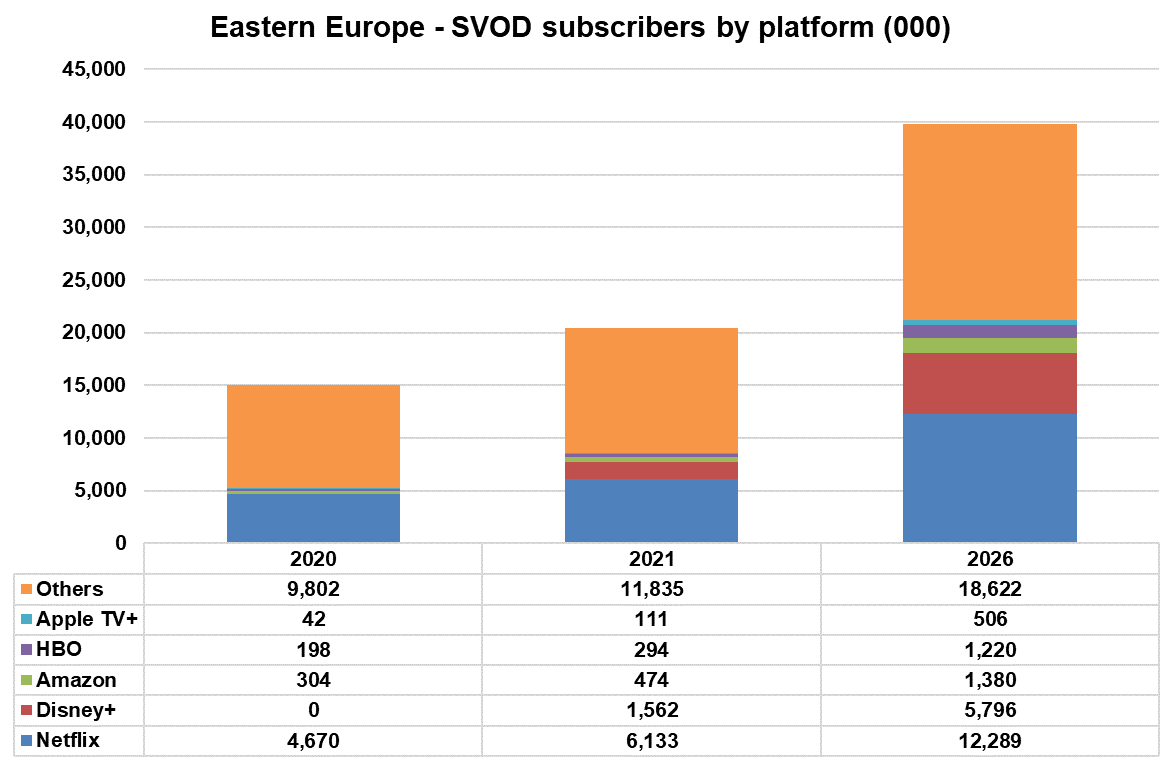 Digital TV Research forecasts 40 million SVOD subscriptions by 2026; up from 15 million at end-2020. From the 25 million additional subscriptions, Russia will generate 10 million and Poland 6 million.

Simon Murray, Principal Analyst at Digital TV Research, said: “There will still be plenty of room for growth beyond our forecast period as only 17% of the region’s TV households will subscribe to at least one SVOD platform by 2026.”

WarnerMedia will launch HBO Max in 2H21. Digital TV Research forecasts 1.22 million paying subscribers by 2026, with many more continuing to receive HBO online as part of their pay TV subscription.