The number of Western European pay TV subscribers will fall by 4 million between 2020 and 2026 to 103 million. Reflecting the importance of high-speed broadband for homes, IPTV is the top pay TV platform by subscribers. 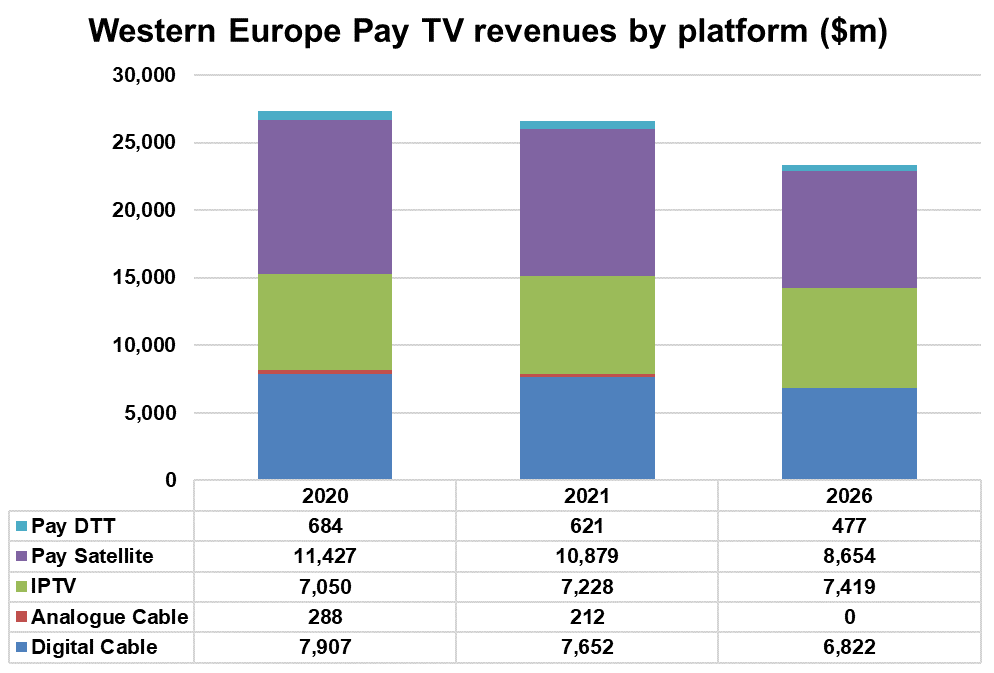 IPTV will gain 4 million subscribers between 2020 and 2026 to reach 47 million, with pay satellite TV down by 5 million to 18 million and cable down by 2 million to 37 million.

Simon Murray, Principal Analyst at Digital TV Research, said: “European operators shifted their emphasis from premium TV to high-speed broadband delivery. This is particularly true in Denmark and Italy – which are at opposite ends of the pay TV penetration spectrum – where most operators promote OTT platforms ahead of traditional pay TV ones.”

Pay TV revenues will decline by $4 billion – 15% – between 2020 and 2026 to reach $23 billion. The pay TV subscriber count will drop by 4%, so revenues will fall faster – revealing lower TV ARPUs and less emphasis on TV from the operators.