NEWTON, Mass. — U.S. viewers will spend more on streaming video than pay TV for the first time in 2024, according to the latest research from Strategy Analytics. According to the report, U.S. Subscription TV Forecast, consumer spending on traditional pay TV services fell by 8% to $90.7B in 2020 and will decline further to $74.5B in 2023. By contrast, spending on streaming services (such as video-on-demand and internet-delivered subscription TV) rose by 34% to $39.5B in 2020 and will reach $76.3B in 2024, passing pay TV for the first time. By 2026 the report predicts that pay TV will account for only 40% of spending on video and TV services, compared to 81% ten years earlier. This continued shift in consumer expenditure is the most important sign of the transformation in the television and video business which is engulfing content producers, aggregators, distributors, and technology partners. 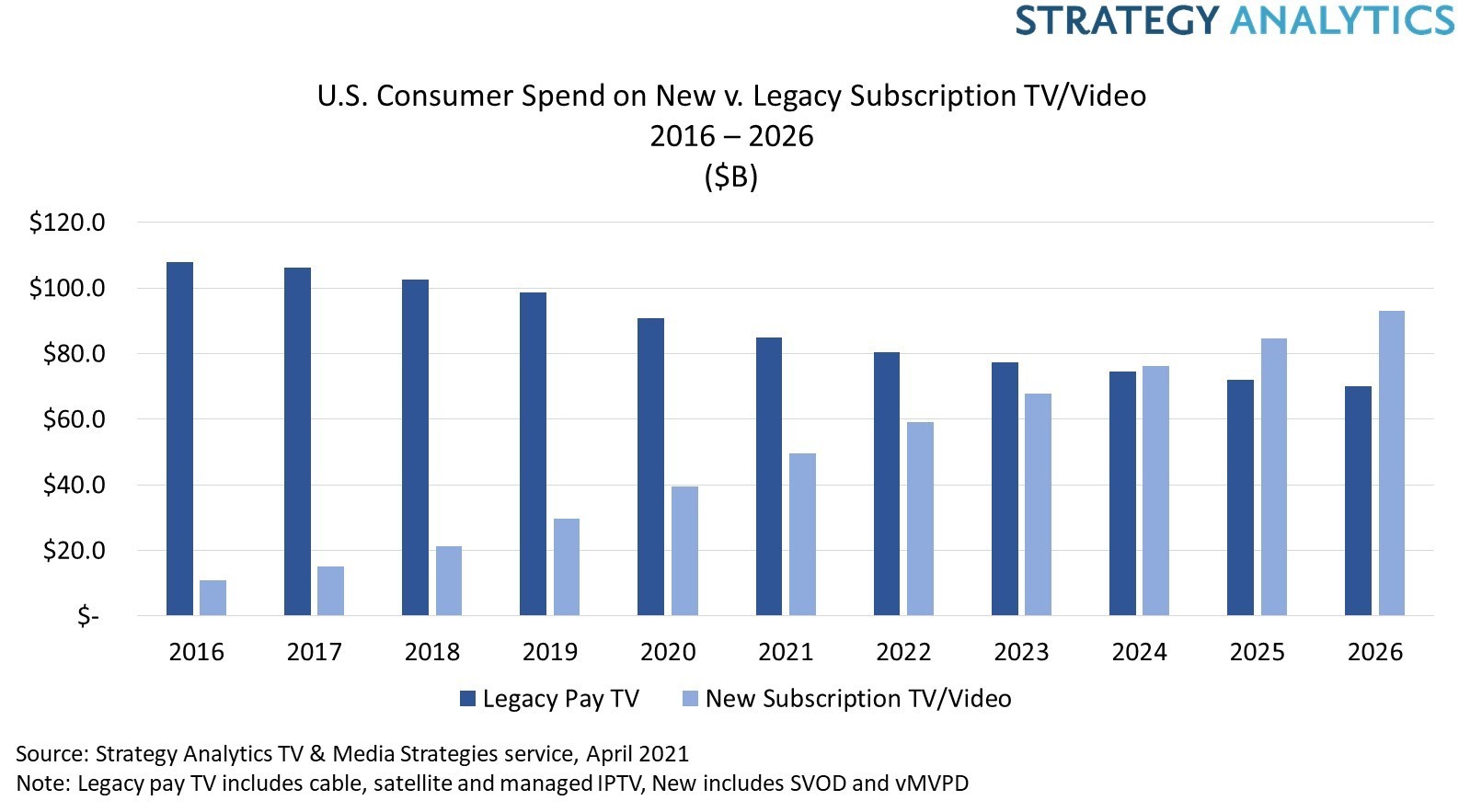 Growth metrics in subscription video-on-demand (SVOD) usually focus on numbers of subscriptions, but this ignores what matters most – money. In spite of the many challenges it has faced, pay TV still commands much higher monthly revenues from its declining base of customers than from any single SVOD service. Nevertheless, as more households add new SVOD services while cutting the pay TV cord, revenues will inevitably shift further away from legacy pay TV.

“The revenue picture gives the best illustration of the relative strength of new and old businesses,” says Michael Goodman, Director, TV & Media Strategies. “The fact that viewers are willing to divert an ever-increasing share of their entertainment wallet away from pay TV and towards new internet-based services demonstrates that the future lies with streaming video services rather than legacy pay TV players. This is a long-term transition, but there is no doubt that the writing is on the wall for pay TV as we have known it for more than 40 years.”