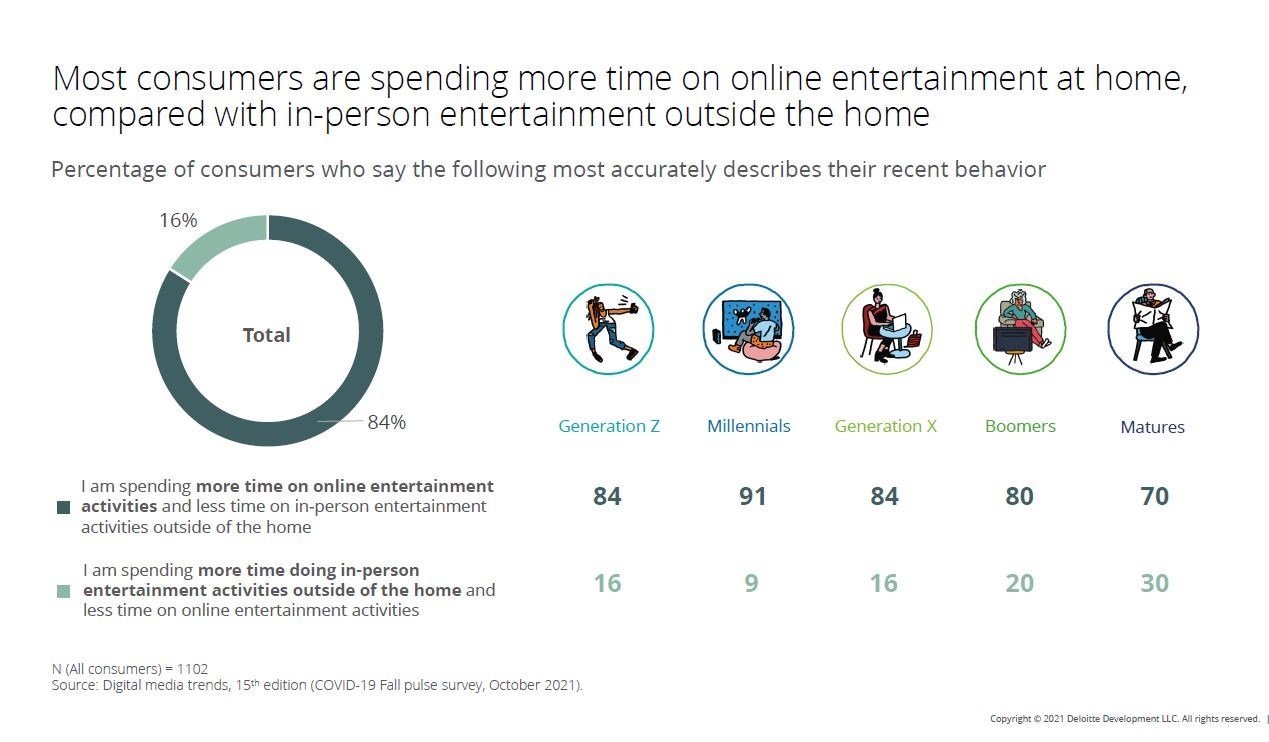 The continued uncertainty of the pandemic, and the spread of the Delta variant through the summer months kept consumers close to their households and plugged into online experiences. At the start of 2021, Deloitte launched its 15th annual “Digital Media Trends” survey which found that consumers had more time for home entertainment while streaming video providers were competing for subscribers against myriad entertainment options.

In August of 2021, Deloitte fielded another survey of U.S. consumers, which revealed that changes shaped by the pandemic have continued and it’s becoming clear a return to the “old normal” is not imminent. For streaming video providers, keeping subscribers is harder than ever as people — especially younger generations — are managing costs by adopting ad-supported options, looking for discounts and bundles, and moving on and off services to satisfy their content needs. 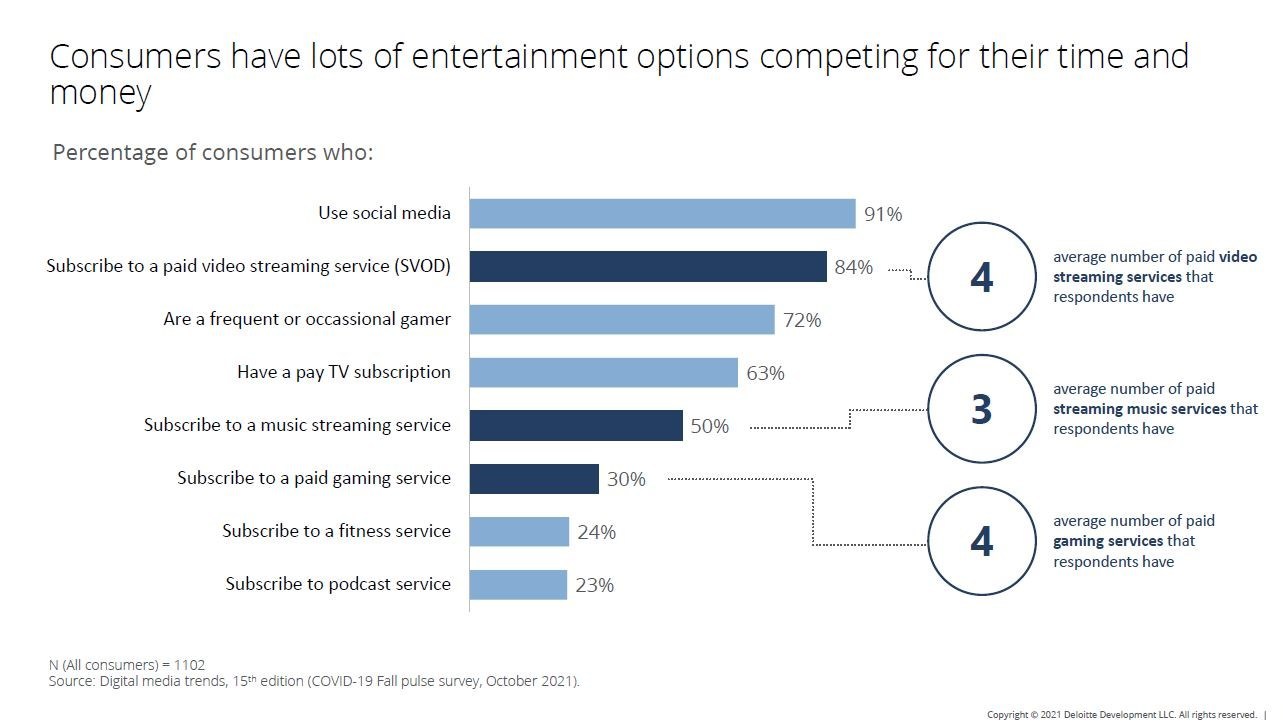 But COVID-19 could be ushering in a permanent shift in entertainment, where it’s not just about streaming, or the number of subscribers, but also importantly about how platform providers are responding to subscriber churn by providing enhanced experiences and the ability to connect with others on their platforms.

Deloitte’s most recent survey revealed that changes wrought by the pandemic are continuing, but compared to six months ago, consumers across generations have actually been spending more time watching TV and browsing the internet as they seek indoor entertainment options and avoid out-of-home experiences.

More premium and ad-supported services have launched, giving U.S. consumers additional options for watching new original content, and accessing a broad content library. The survey revealed that consumers are getting better at developing strategies to access this content while keeping their costs low.

“We’re seeing an important shift in what consumers are paying attention to and how they are choosing to engage and be entertained. While streaming video will continue to gain momentum, especially with leading services now pursuing global markets, these companies will also need to address churn and retention among diverse segments in different markets, and shift from merely measuring subscribers to understanding how to unlock the lifetime value within their customer bases. It will serve them well in the future to develop growth strategies that include both social video and social gaming, whether through partnerships, acquisitions, or simply establishing a really effective social media department.” – Kevin Westcott, vice chairman, Deloitte LLP and U.S. technology, media and telecom leader

The use of social media and online services is widespread among U.S. consumers and is a daily activity for many. Social apps are free and primarily mobile, reaching users wherever they are located. People are watching videos on social media, especially short videos made by average users and influencers. And with many consumers using these services, media and entertainment options are migrating onto them, and social commerce is booming.

“It’s clear people still want to enjoy socializing with friends and family, even if that means the experience is online and the interaction is from within their homes. Streaming video in its current form doesn’t satisfy this social desire, so to meet this need, consumers are spending increasingly more time on other forms of online entertainment. Given this reality, streaming companies need to evolve their offerings into connected social experiences in order to keep subscribers interested and engaged, ultimately positioning their businesses for future growth amidst changing behaviors.” – Jana Arbanas, vice chairman, Deloitte LLP and U.S. telecom, media and entertainment sector leader

Gaming and game-related content, such as live streams and video, continue to pose a threat to streaming video companies for consumers’ entertainment time. And, for many gamers, these activities have become much more social.