Subscription video on demand (SVOD) service revenue in Australia is expected to increase at a compounded annual growth rate (CAGR) of 10.3% from US$1.9bn in 2021 to US$3.2bn in 2026, driven by solid growth in SVOD subscriptions and unique SVOD households, and steady rise in average monthly revenue per unique SVOD household, according to GlobalData, a leading data and analytics company. 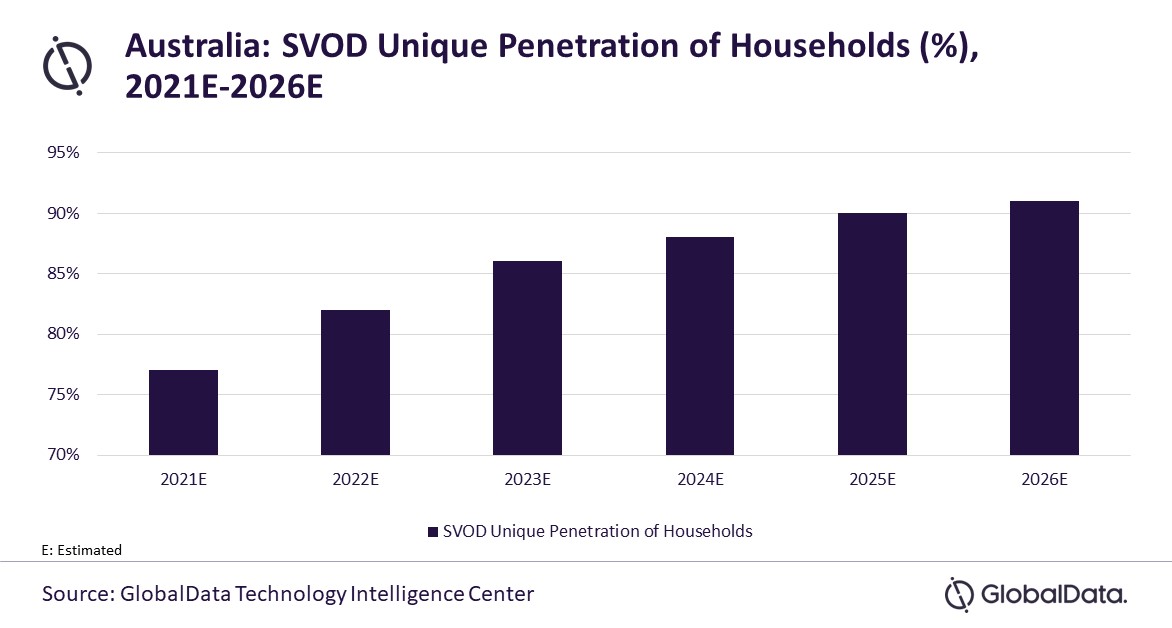 GlobalData’s Australia Subscription Video on Demand (SVOD) Forecast reveals that the SVOD subscriptions in the country will increase at a CAGR of 9.2% over the forecast period in line with the acceleration in cord cutting trend among traditional pay-TV viewers and their migration towards on-demand video services.

The accessibility of high-speed broadband services in the country, thanks to the national broadband network, which was formally declared ‘built and operational’ in December 2020, will also facilitate the widespread adoption of SVOD services in Australia.

Srikanth Vaidya, Telecom Analyst at GlobalData, says: “Netflix will lead the Australia’s SVOD market and will account for the largest share of SVOD subscriptions through the forecast period. Profound library of US originals and English language drama and comedy series, movies, documentaries, and kids shows will help the company maintain its leadership position in the market.”