SVOD subscriptions to grow by 485 million 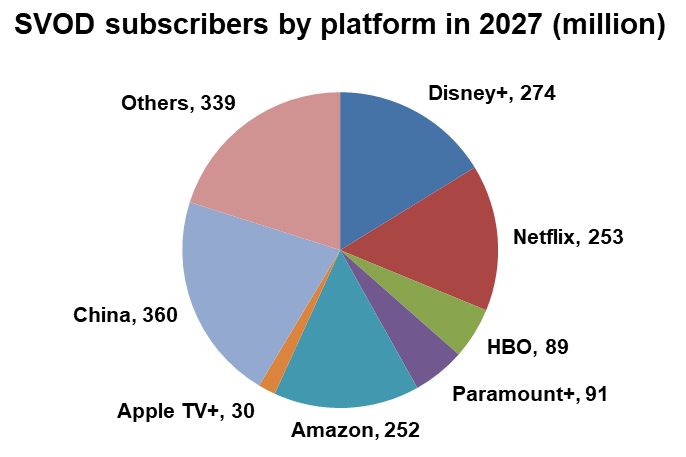 Simon Murray, Principal Analyst at Digital TV Research, said: “Our Netflix forecasts for 2027 are 29 million lower than our February update – at 253 million. Netflix needs to boost its content to counter its fresher and cheaper rivals.”

Netflix will remain the revenue winner, with $34 billion by 2027 – similar to Disney+, HBO Max and Paramount+ combined. However, the Netflix total is only $4 billion more than 2021 as subscriber growth decelerates and ARPU is squeezed.