ATLANTA, GA — Alchemedia SG demonstrated that their Broadcast Services Core, integrated with other IP services, seamlessly transported IP data to a moving automobile traveling between four adjacent Michigan broadcast transmitters. The transported data was configured to include both media files and an HD video stream. 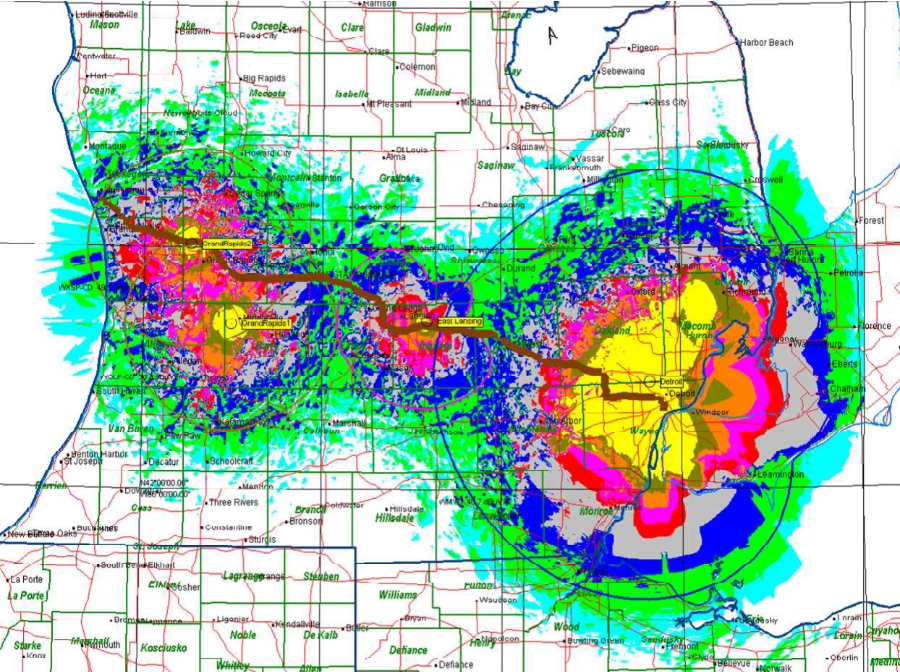 ATSC 3.0 consultant Merrill Weiss provided engineering consulting to ensure that the tests were compliant with ATSC 3.0 standards. He summarizes the project, “The Michigan Coast-to-Coast Data Delivery Drive Tests demonstrated that ATSC 3.0 technologies can be implemented now to deliver data over a wide area to moving vehicles reliably and with high throughput. They also showed that there are extensions to the ATSC 3 technologies with the potential to push throughput and reliability to even higher levels.

Early tests used just data protocols already included in ATSC 3 standards, while a later test showed the benefits that could be achieved with more advanced forward error correction software that is available in the marketplace. All told, the tests showed that, in a matter of months, a quite effective system for reliable data distribution to mobile receivers could be set up using existing infrastructure of multiple television stations to cover an area measured in thousands of square miles.”

The Broadcast Services Core for the test was built by Alchemedia SG and based in Washington D.C. It carried data across a military grade, securable, hybrid, public/private network.”

DigiCAP and Triveni provided the ATSC 3.0 Gateways located at the four stations, while Heartland Video System managed their installation and operation during the tests.

Forward Error Correction (FEC), a service that anticipates and corrects IP packet delivery, became a critical part of the demonstration. An ATSC 3.0 compliant version of KenCast Fazzt FEC was provided via a development and marketing arrangement with Alchemedia SG.

The receiver used in the mobile vehicle was a Sony CXD2885 4 node receiver (nicknamed CLOVER), built specifically for in vehicle reception.

Tower and fiber infrastructure company Crown Castle assisted with field integration and support for the project.

Observed Alchemedia SG CEO and co-founder, John Heinen, “While data hand-offs are common in the IT world, delivering data though broadcast spectrum to moving vehicles provides unique challenges. The goal of the tests was to prove that reliable data can be received from a variety of transmission systems, across a variety of terrains, and with a level of accuracy that can make data for commercial entertainment and vehicle navigation safe and secure. This test demonstrates that ATSC 3.0 broadcast spectrum can offer a variety of video services to consumer and commercial use cases for cars, trucks, and commercial vehicle fleets.”