CUPERTINO, Calif. — Apple® today announced the next generation of Apple TV® 4K — more powerful, entertaining, and affordable than ever, and offering impressive cinematic quality. Driven by the A15 Bionic chip that delivers faster performance and more fluid gameplay, the new Apple TV 4K features endless entertainment options for everyone to enjoy on the biggest screen in the home. HDR10+ support joins Dolby Vision on Apple TV 4K, so users can watch their favorite movies and TV shows in the best quality possible across more TVs.[1] Running tvOS®, the powerful and intuitive OS for the living room, and featuring the popular Siri Remote®, Apple TV 4K simplifies the way users discover and enjoy their favorite content. Its seamless integration with other Apple devices and services magically transforms the living room in different ways for the entire family, while also adding convenience as a smart home hub. 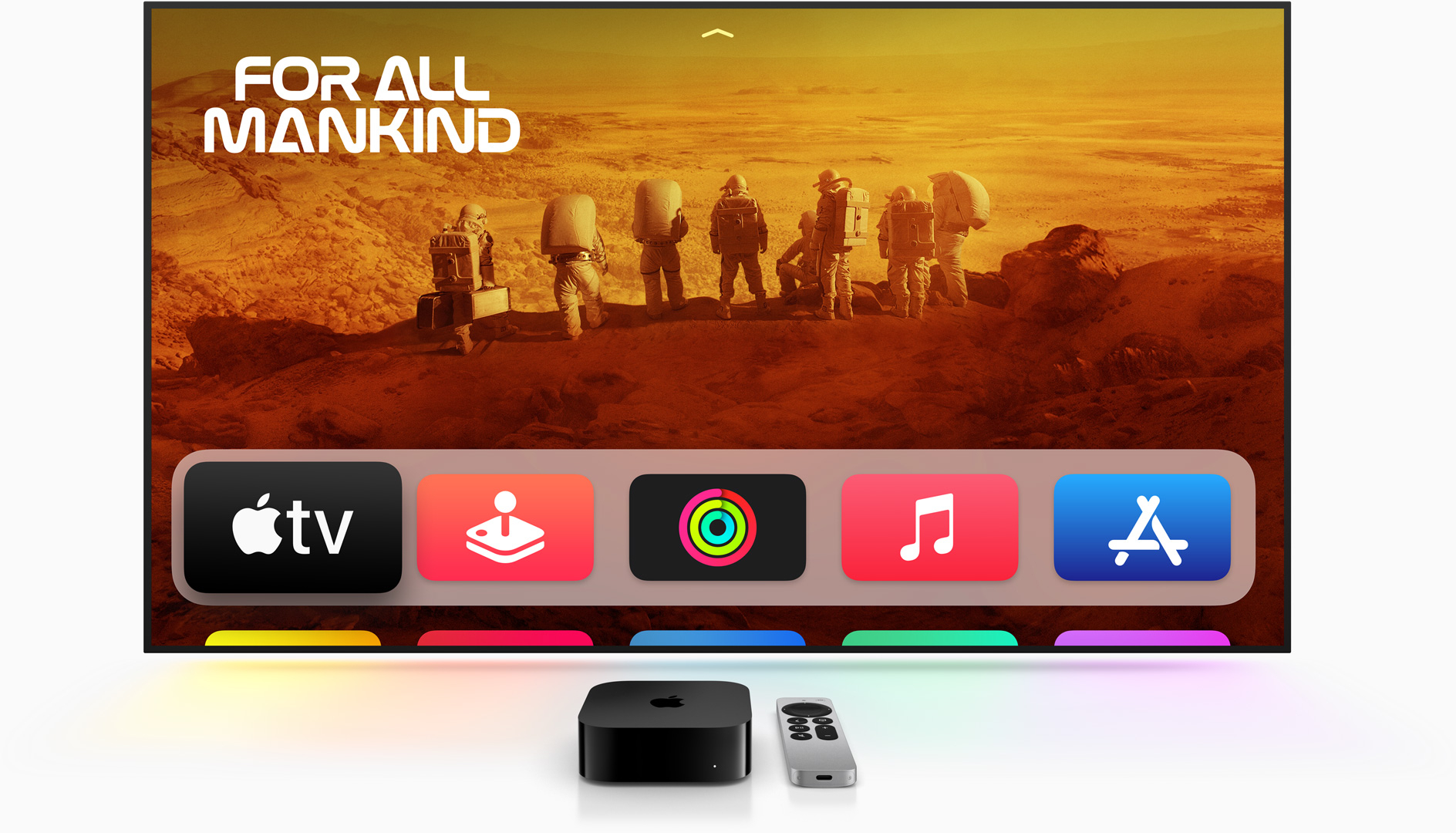 “Apple TV 4K is the ultimate way for Apple users to enjoy their favorite entertainment on the biggest screen in the home, and now it is more powerful than ever,” said Bob Borchers, Apple’s vice president of Worldwide Product Marketing. “The new Apple TV 4K is unlike anything else out there, given its seamless connection to other Apple devices, ease of use, and access to amazing Apple content. It offers something for everyone in the family to love.”

With the Siri Remote, users enjoy a touch-enabled clickpad that provides speed, fluidity, and precise control to easily navigate the simple, elegant user interface of Apple TV.[3] On the Apple TV app, customers can access award-winning series and films on Apple TV+®, as well as over 100,000 movies and series to buy or rent, and direct premium subscriptions to popular streaming services.

Seamless Integration with the Apple Ecosystem

Apple TV 4K works seamlessly with other Apple devices, starting with a magical setup process with iPhone® and effortless control at any time with the Apple TV Remote in Control Center. The deep integration of Apple hardware, software, and services with Apple TV 4K unlocks an unparalleled experience that brings the best of the Apple ecosystem to the living room.[4]

This fall, new features coming to the Apple TV experience with tvOS 16 include updates to Siri® that will make it even easier for customers to use their voice to control Apple TV and interact with the results.[5] Siri on Apple TV features a complete redesign, and will be able to recognize each user’s voice, so they can easily access their movies, shows, music, games, and apps, and pick up where they left off. By using the Siri Remote and asking “What should I watch?” users can get tailored recommendations.

When wearing AirPods®, users can say “Hey Siri” to search and enjoy a hands-free way to control Apple TV. Siri support on Apple TV has expanded to Chile, Finland, and South Africa, and will launch in Denmark, Luxembourg, and Singapore later this year, bringing Siri on Apple TV to 30 countries and regions.

With iCloud® Shared Photo Library on Apple TV, everyone in the family will be able to enjoy everyone’s photos together on the big screen. Cross-device connectivity on Apple TV 4K will enable developers to integrate personalized experiences between their iPhone and Apple Watch apps with Apple TV.

Users can continue to enjoy SharePlay™ by starting a FaceTime® session on iPhone or iPad and watching a TV show or movie on Apple TV to stay completely in sync — ensuring everyone catches a movie’s dramatic reveal or a show’s punchline at the same moment. With shared playback controls, including using the Siri Remote, anyone in the SharePlay session can play, pause, or jump ahead.

As a home hub, Apple TV 4K securely connects to compatible smart home accessories, including HomeKit® cameras, lights, shades, and more; allows the user to set scenes and control their smart home while away; and ensures that accessories can run automatically. Apple TV 4K is also an essential building block for Matter, the new smart home connectivity standard that enables a wide variety of accessories to work together seamlessly across platforms, helping to fulfill the true vision of a smart home.

When viewing a HomeKit camera, Apple TV users can control nearby accessories — such as turning on the outdoor lights — or display multiple cameras at the same time on the TV screen for a more complete view. In addition, HomeKit Secure Video uses the on-device intelligence of Apple TV 4K to privately analyze the video to detect people, animals, cars, and package deliveries.[6]

Apple TV 4K and the Environment

The new Apple TV 4K is designed to minimize its impact on the environment, using nearly 30 percent less power than the previous generation while achieving more powerful performance.[7] The efficiency gains of A15 Bionic eliminate the need for an internal fan, resulting in a more compact design and contributing to a 25 percent reduction in carbon footprint over the previous generation.

Today, Apple is carbon neutral for global corporate operations, and by 2030, plans to be 100 percent carbon neutral across the entire manufacturing supply chains and all product life cycles. This means that every Apple device sold, from component manufacturing, assembly, transport, customer use, charging, all the way through recycling and material recovery, will have net-zero climate impact.

1. HDR10+ and Dolby Vision support works with compatible content in supported apps. Not all content is available in 4K, 4K HDR, HDR10+, or Dolby Vision. 4K resolution requires a 4K-capable TV.
2. Accessing Dolby Atmos features requires Dolby Atmos-capable devices. Not all content is available in 5.1 and 7.1 surround sound or Dolby Atmos audio. Playback quality will depend on hardware and internet connection.
3. Siri is not available in all countries and regions.
4. Apple Music, Apple TV+, Apple Arcade, and Apple Fitness+℠ require a subscription.
5. Some features will be available later this year with a tvOS update.
6. HomeKit Secure Video requires a supported iCloud+ plan and a home hub, such as Apple TV or HomePod mini.
7. Testing was done under the condition of streaming 4K movies played on Apple TV 4K with the Siri Remote from the Apple TV app.