Telcos and cable operators are investing heavily in their networks to upgrade their subscribers to bundles (triple-play or double-play). These operators will reap the rewards of this investment as total subscription revenues (pay TV (including on-demand), broadband and fixed-line telephony) will increase by 65% from $124 billion in 2012 to $205 billion in 2018, according to the Triple-Play Forecasts report from Digital TV Research. 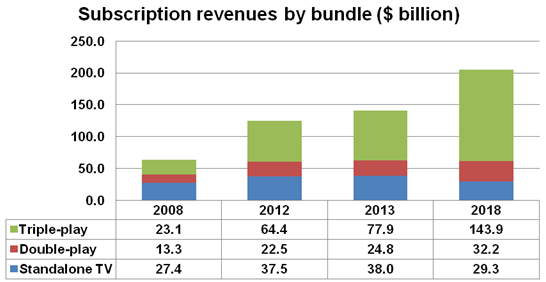 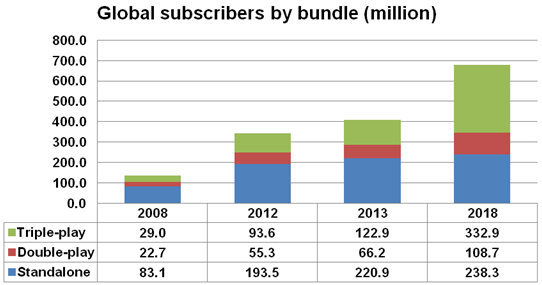 Despite rapid growth in IPTV subscriptions, cable will contribute nearly two-thirds of triple-play subscribers by 2018. Triple-play penetration will remain a lot higher in DSL and fiber homes (71% by 2018) than in cable homes (42%). However, the DSL and fiber proportion will not grow by too much, whereas the cable proportion will double from 18% in 2012.