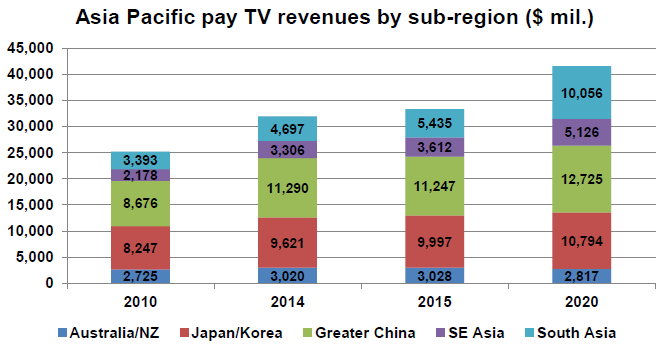 Pay TV revenues will more than double in seven countries (Bangladesh, India, Indonesia, Laos, Myanmar, Nepal and Pakistan) between 2014 and 2020. However, revenues will fall (due to greater competition – including OTT – and subscribers converting to bundles) during this period in Australia, Hong Kong, New Zealand, Singapore and Taiwan, with low growth expected in South Korea.