LEVALLOIS — Médiamétrie has released results from its Médiamat’Thématik survey of the French television market. According to the survey, out of a total of 58.249 million TV households in the country, 43.776 million (75.2%) receive their TV service via satellite, cable or over DSL.

IPTV has the largest share with 28.533 million customers, followed by satellite with 15.220 million. Cable TV makes up the remainder at 5.611 million. 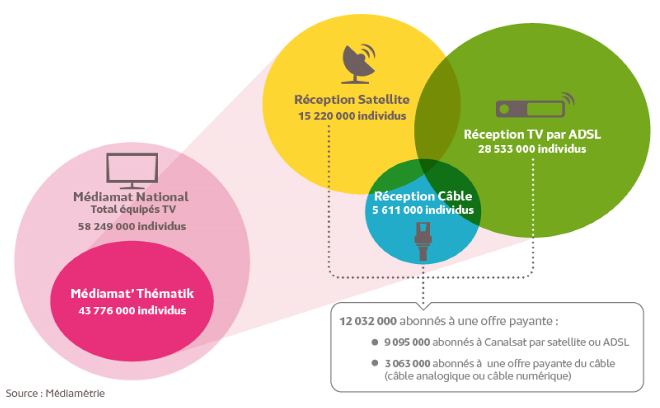