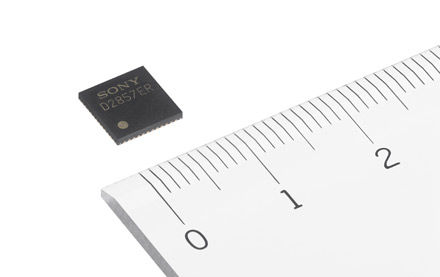 Test broadcasting in 4K and 8K with the ISDB-S3 standard is scheduled to commence in Japan in August, and full-scale broadcasting is slated to begin in December 2018. Sony successfully commercialized tuner components compatible with this standard at an early stage, meeting the needs of the industry as it moves to establish the necessary broadcast infrastructure for the future. Going forward, Sony will aggressively promote its new tuner components to TV and set-top box manufacturers who will be interested in incorporating the components into their sets.

With the ISDB-S3 standard, more than twice the amount of data is transmitted as with the conventional ISDB-S standard, necessitating more advanced demodulation technology. Sony’s new CXD2857ER demodulator LSI incorporates Sony’s proprietary reception algorithms and error correction technology, thereby achieving both more sensitive and stable reception, even given the data-intensive nature of this next-generation standard. The LSI also features reduced power consumption, and because it is compatible with all digital TV broadcast standards currently in use in Japan, it enables TV and set-top box manufacturers to make their products more compact by freeing them from the need to incorporate different component parts for different standards. 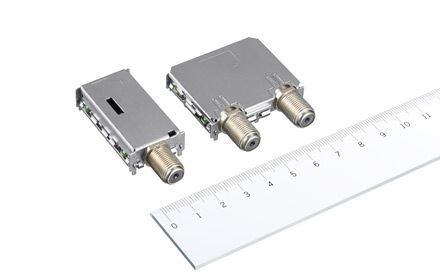 The ISDB-S3 standard expands the upper limit for reception frequency to 3224 MHz, from 2070 MHz with the conventional standard. Ordinarily, the higher the frequency, the more difficult it becomes to keep the signal level uniform. But Sony’s new SUT-PJ/CJ series tuner modules achieve stable reception with minimal noise even at these expanded high frequencies, thanks to their built-in noise reduction capabilities. This was accomplished by equipping the tuner modules with the CXD2868ER, a newly developed silicon tuner IC that features Sony’s proprietary noise reduction circuitry. Furthermore, this silicon tuner IC, like its predecessor model, is capable of receiving the three Japanese TV broadcasting signals (terrestrial digital, BS/CS digital) all in one IC. It also retains the same size and power consumption levels as its predecessor, despite supporting BS/CS digital signals at higher frequencies up to 3224 MHz.

In order to meet the diverse needs of set engineers, Sony will offer its ISDB-S3 compatible products in several different varieties. Sony’s new tuner modules will be available in single, double, and triple silicon tuner IC variations, in order to enable simultaneous recording of multiple channels. Additionally, the demodulator LSI will be sold separately, as well as mounted together with a silicon tuner IC on a tuner module in order to facilitate the design of more compact and thinner TVs and set-top boxes.