PHILADELPHIA — Comcast today announced plans to launch “Xfinity Stream,” an app available to all Xfinity TV customers at no additional cost on devices in and out of the home. The app, which can be downloaded by Xfinity TV customers without charge, will allow users to watch their entire TV line-up on phones, tablets and laptops in the home, and when they’re on-the-go, to tune-in to more than 200 live channels, access and program their DVR and watch 40,000 on demand titles.

“We’re focused on creating the best entertainment experiences across platforms and continuing to give Xfinity TV customers more choice in how, when and where they access their content,” said Matt Strauss, Executive Vice President and General Manager, Video and Entertainment Services at Comcast Cable. “With the Xfinity Stream app, we are giving customers access to the best content in and out of the home with a growing list of advanced features and capabilities that make the mobile experience nearly identical to the cable experience they enjoy at home.”

The Xfinity Stream app, the successor to the Xfinity TV app, includes the ability to switch to a Spanish guide, favorite channel filtering, music channels and Common Sense Media reviews and ratings, offering users an X1-like experience for customers’ phones, tablets and laptops in and out of the home. 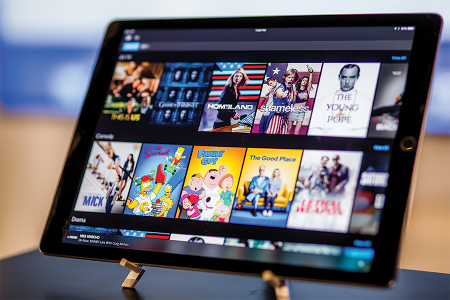