vMVPD and D2C revenues will reach $24 billion by 2023 – eight times the $3 billion recorded in 2017, according to the vMVPD and D2C TV Forecasts report. 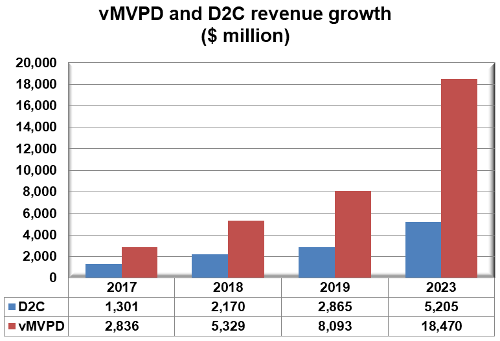 vMVPD will overshadow D2C with its revenues more than triple the D2C total by 2023 in the 17 countries covered in the report. vMVPD and D2C are not mutually exclusive. Many vMVPD platforms provide access to D2C platforms for an additional fee.