SVOD subscriptions in Africa to triple

Digital TV Research forecasts 15.06 million paying SVOD subscriptions in Africa by 2026, triple from the 5.11 million expected at end-2021. From the 10 million additions, South Africa and Nigeria will each supply 2.3 million. These two will be the only countries with more than 1 million subscriptions. 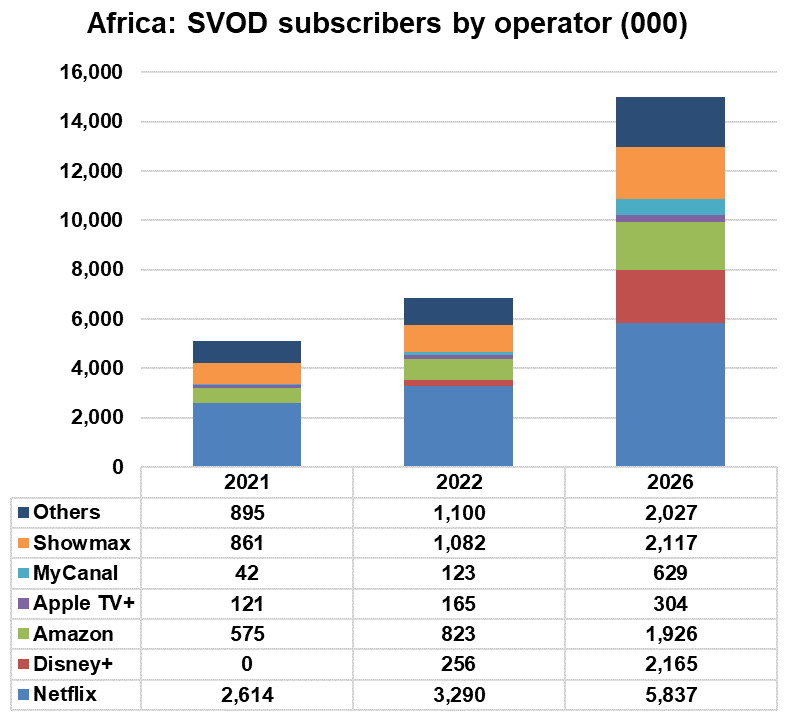 Simon Murray, Principal Analyst at Digital TV Research, said: “The selective launch plans from some global platforms works in favor of regional players such as Showmax and MyCanal.”