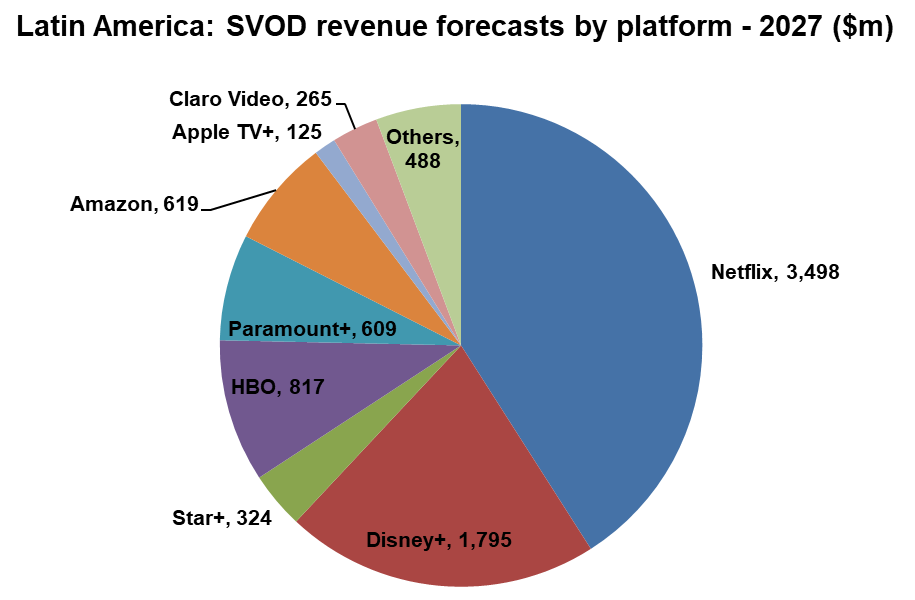 Simon Murray, Principal Analyst at Digital TV Research, explained: “Netflix will introduce AVOD-SVOD tiers [one for Brazil and another pan-regional one for the Spanish-speaking countries] in 2024, with SVOD revenues and ARPUs falling slowly as some subscribers convert to cheaper packages.”

Disney+ is likely to introduce similar tiers in 2024. The platform is expected to follow its US example by converting its current subscription tier to AVOD-SVOD and charging more for SVOD-only. This will push up ARPU.