Share of Smart TV sales in Germany ticks up to 96%

FRANKFURT — The share of smart TVs in the overall TV market has continued to rise. According to GfK SE, a total of 2.7 million televisions were sold in Germany by the end of July 2022. Almost all of these devices were smart televisions (2.5 million) that enable the use of apps or media libraries. Smart TVs accounted for 96 percent of the total market, up two percentage points on the previous year (94 percent). 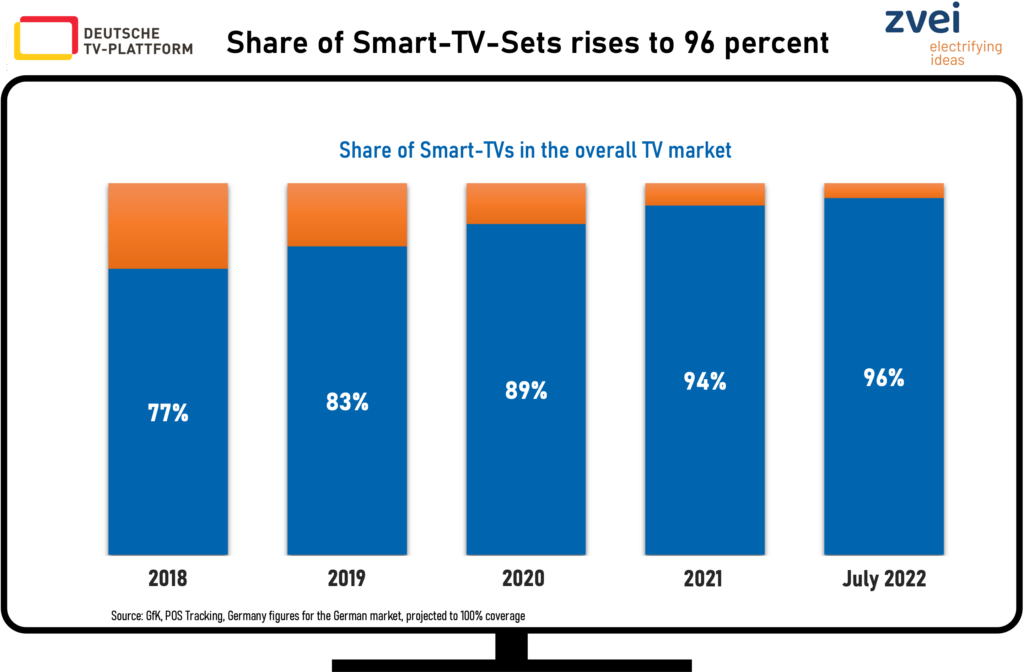 As in the previous year, three out of four TVs sold in the year are Ultra HD sets (2.0 million units), almost all of which (99 percent) support at least one High Dynamic Range (HDR) process. These devices can display content with a significantly greater contrast range as well as more natural colours in finer gradations. 83 percent of HDR TVs support not only static HDR standards but also dynamic HDR processes that define the desired picture impression per scene or even frame (2021: 80 percent). 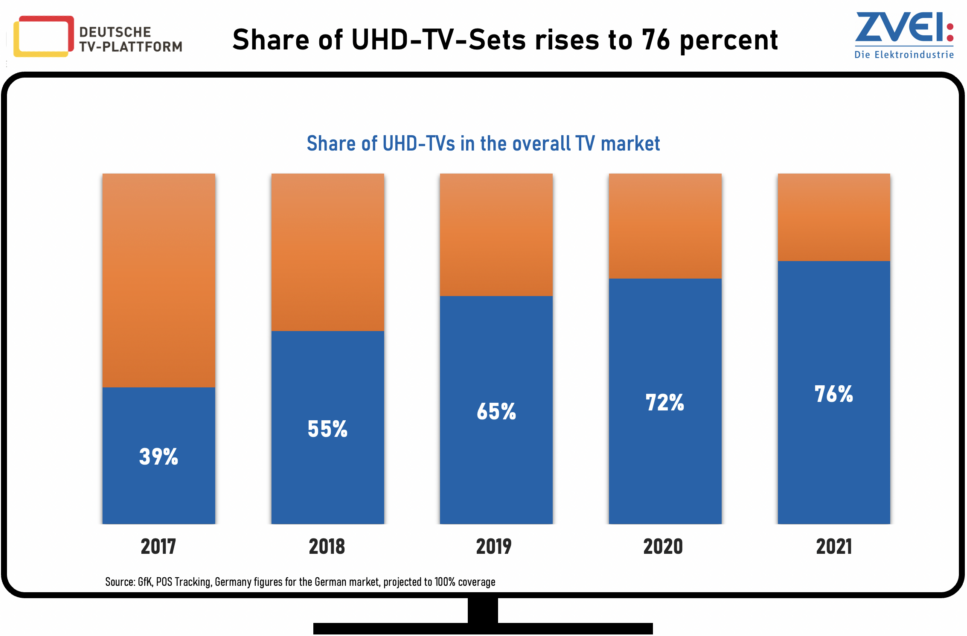