The 20 countries in the Middle East and North Africa region will have 32.65 million SVOD subscriptions by 2026, up from the 14.16 million recorded at end-2020. Turkey will remain the market leader by a considerable distance, with nearly 14 million subscriptions by 2026. 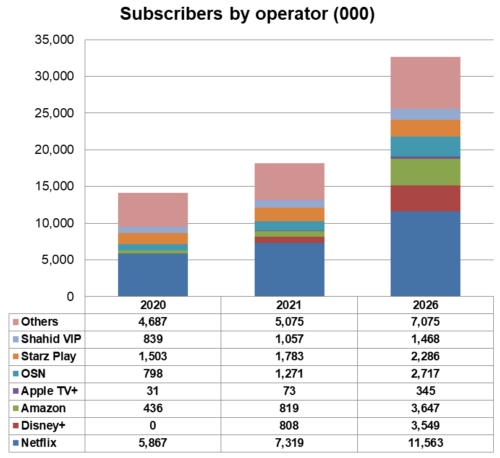 Simon Murray, Principal Analyst at Digital TV Research, said: “Netflix and Disney+ will account for about half of the region’s total by 2026, despite Disney+ only starting in 2022 in a limited number of countries. Due to exclusive deals with Disney+, HBO and Paramount+, OSN will quickly gain subscribers.”