Brazil will contribute 44 million to the 2026 total, followed by Mexico with 29 million. 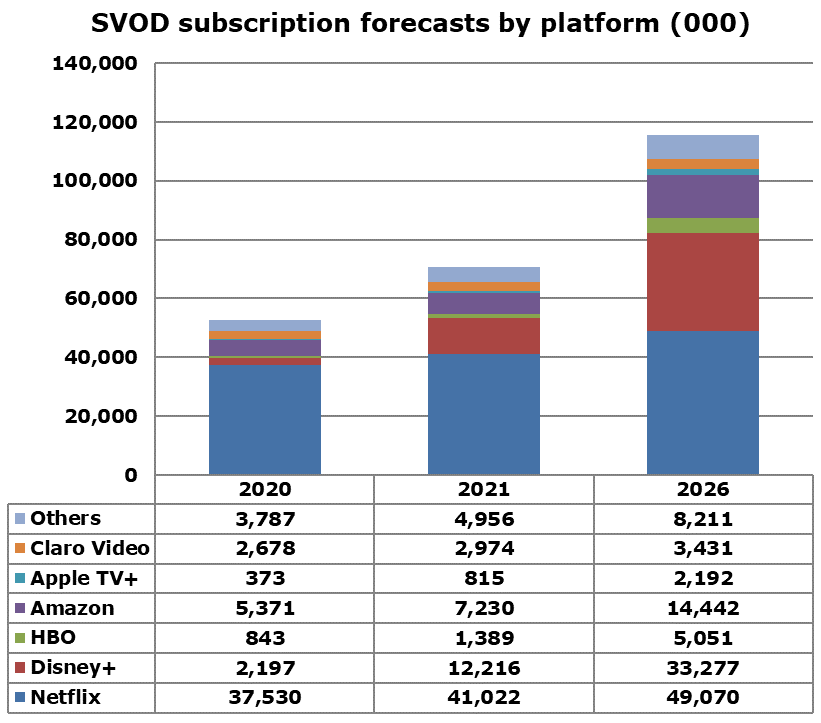 Simon Murray, Principal Analyst at Digital TV Research, said: “There will be a wave of major SVOD platform launches in Latin America during 2021. Paramount+ will start in March, followed by HBO Max and Star+ in June. Discovery+ is also expected expand in the region.”