Western Europe to have 234 million SVOD subscriptions in 2026

Despite losing market share, Netflix will remain the largest SVOD platform. Netflix will have 74 million paying subscribers by 2026 – up by 20 million on 2020. 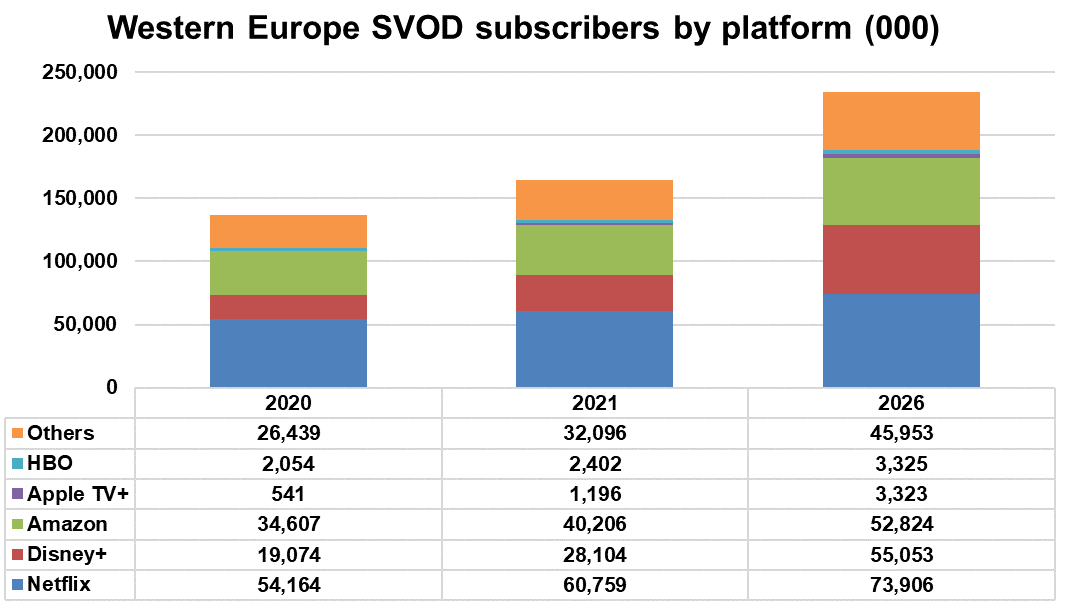 Disney+ will become the second largest platform in 2025. Now available in most Western European countries, Disney+ will have 55 million paying subscribers by 2026; up by 36 million on 2020.

HBO Max will launch in the six countries where it already has operations – the Nordic countries, Portugal and Spain – before end-2021. However, HBO Max will not start in some key European countries due to existing exclusive contracts. For example, HBO’s contract with Sky in Austria, Germany, Ireland, Italy and the UK lasts until 2025.

Simon Murray, Principal Analyst at Digital TV Research, said: “If HBO Max started across the region’s 18 countries in 2021, we estimate that it would amass 10 million subscribers by 2026. This will not happen, so its total will be 3.3 million across six countries by 2026.”