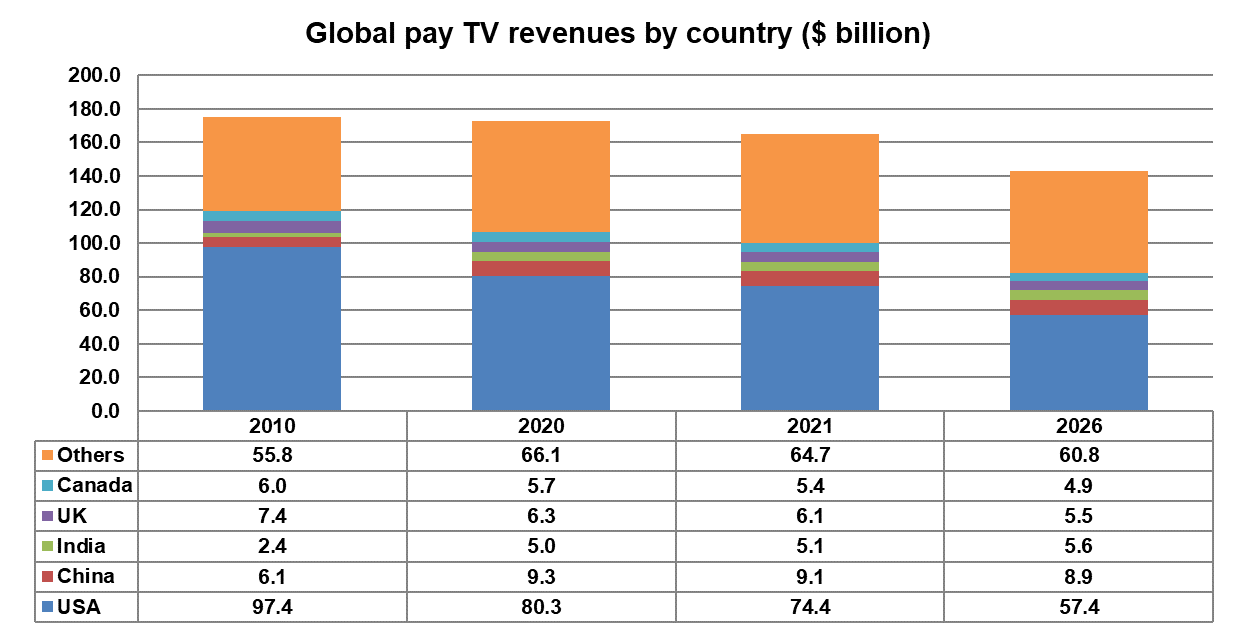 Simon Murray, Principal Analyst at Digital TV Research, said: “Revenues will decline in 77 of the 138 countries covered between 2020 and 2026. The US will provide the most dramatic fall – by $23 billion.”

Global satellite TV revenues will drop by $16 billion, with digital cable down by $12 billion. Analog cable will lose a further $2 billion. IPTV won’t lose too much.