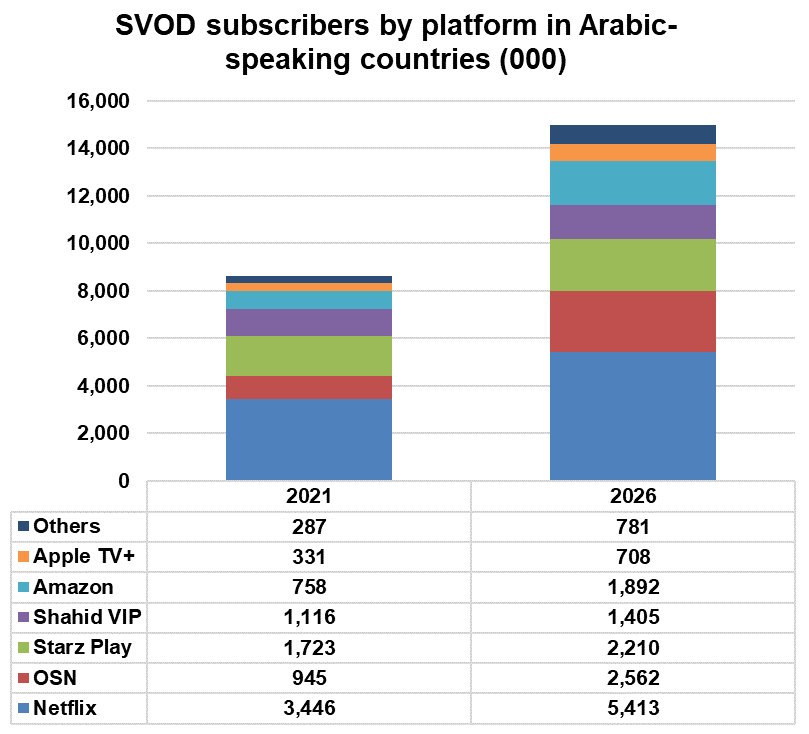 Netflix will bring in more subscribers than second-place OSN and third-placed StarzPlay combined. [Disney+ will not start in the Arabic countries due to its deal with OSN].

Simon Murray, Principal Analyst at Digital TV Research, said: “Although overall subscriber numbers will climb impressively, there are just too many Arabic platforms. We do not believe that the market can sustain this many Arabic platforms as few of them offer much original or exclusive content.”